Ninh Thuan province has long been known as the “capital of renewable energy” because it is home to many renewable energy projects that have enriched poverty-stricken areas. Whenever this industry and its practical contributions to the locality is mentioned, BIM Renewable Energy Joint Stock Company (BIM Group), one of Top 10 renewable energy firms in Vietnam, will be named.

"Not only do it well, but also do it better" 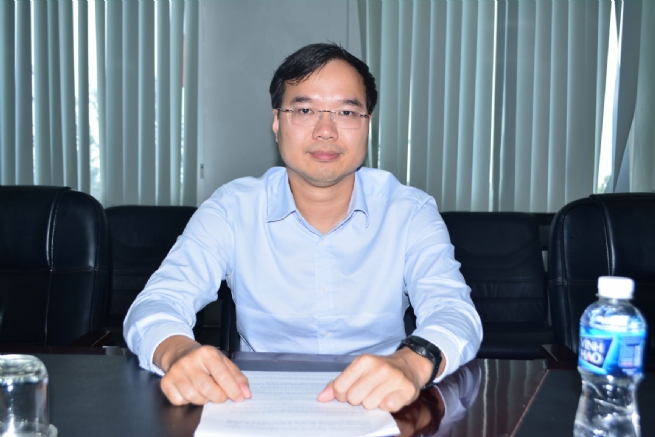 Mr. Truong Xuan Vy, Chairman of Thuan Nam District People's Committee and former Deputy Director of the Department of Planning and Investment of Ninh Thuan province, emphasized: “Investing in wind and solar power projects has helped Ninh Thuan province to develop quickly. Localities which were previously impoverished by sunlight and droughts are now home to many renewable energy projects that employ a lot of local people who are leading a better life. Aiming to draw large projects, the policy on building Ninh Thuan into a national renewable energy center has taken shape. On this playground, BIM is not a stranger because the firm has been considered a daring, responsible and resolute firm for a long time, and has endeavored to develop Ninh Thuan into the country’s renewable energy center. 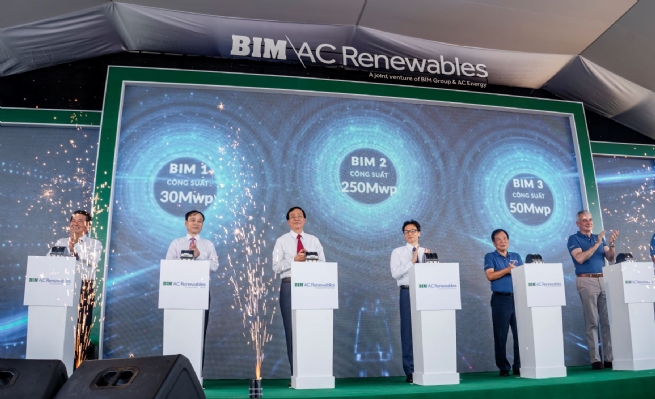 BIM's first project in Ninh Thuan was agricultural: one of the three largest salt fields in Southeast Asia, producing high-quality salt since 2006. Quan The salt field and its salt facility produces over 300,000 tons a year and employs thousands of local workers. Then, in this sunny and windy land, BIM has focused on investing in renewable energy in the 3-in-1 pattern: Optimizing the salt field for agricultural production, energy production and salt production energized by the available source (salty soils are not cultivable). BIM Energy’s environmental impact assessment (EIA) report was approved by the Ninh Thuan Provincial People's Committee on August 17, 2018. All BIM Group vendors must pledge to recycle and reuse panels during operation and after warranty (25 years). As a multi-business company, BIM also has more than 1,600 ha of farming land and many large seafood projects in Quang Ninh and Phu Quoc. The company is applying a closed production model, strictly operating and controlling product quality from breeding to packaging products. In particular, BIM now owns many different power plant projects. 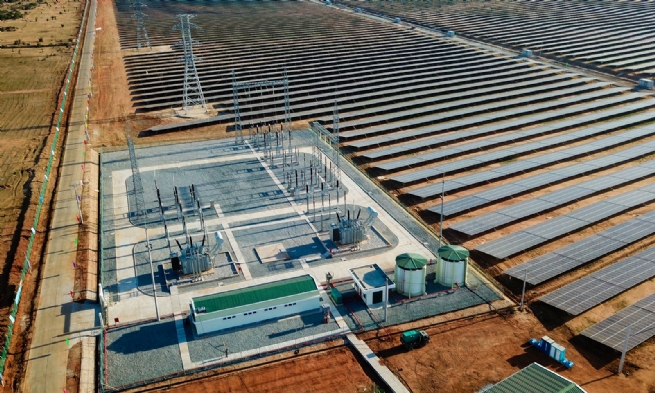 In April 2019, BIM officially inaugurated a 330-Mwp solar power plant complex and had it connected to the national grid (BIM 1: 30 MW, BIM 2: 250Mwp, and BIM 3: 50Mwp). To date, this is the largest solar power plant cluster in Southeast Asia. Inaugurating the 3-plant large-capacity cluster in a short time is a testament to its long-term investment commitment in clean energy, with the desire for helping environmental protection, fostering climate response, supporting national energy security and building sustainable energy sources for the country's future. In the coming time, BIM will have many big projects to supply abundant energy for people’s needs, especially renewable energy for the economy and people in a more robust and sustainable way. By 2022, the solar and wind power output capacity of BIM Energy will reach 1000 Mwp. The effective combination of energy and agriculture - two strengths of the group - will be the focus. For example, salt fields are combined with wind power facilities, or wind power is combined with solar power, wind power is combined with shrimp farming to contribute to sustainable socioeconomic development. 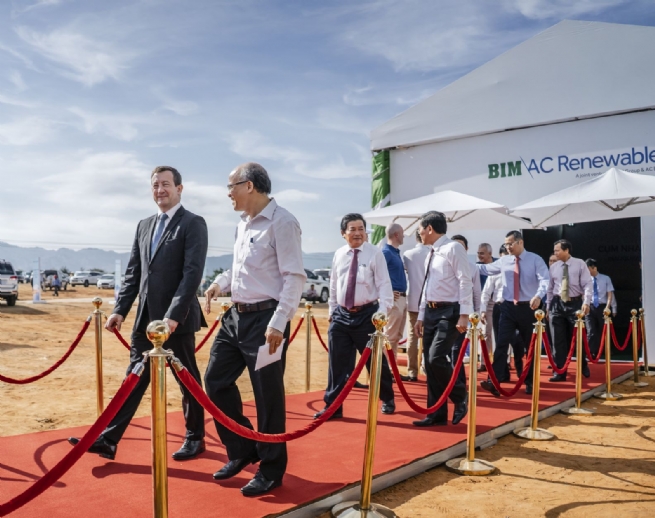 Mr. Nguyen Hai Vinh, Deputy General Director of BIM Energy Joint Stock Company, said, “BIM is always proud to be a leader of the renewable energy industry in Ninh Thuan province as well as in the country. In the past 10 years, it is not easy or simple at all to build a foothold in this field. It is a memorable journey with first tentative steps with care in a bid to make the most of local resources. To date, BIM’s big projects in the province are the best evidence to right directions that the entire leadership and the staff are pursuing. Most recently, BIM was ranked among the Top 10 renewable energy firms in Vietnam. To have this position, BIM and other firms alike must meet given standards such as investment scale in renewable energy sources, catching up with renewable energy trends in the world, upgrading technology equipment, having decisive factors for renewable energy development, the pace of renewable energy investment, and corporate social responsibility. Thus far, BIM confidently affirms that we not only can do it, but also do it better than expected and planned.”

Not only being successful in building a reputation from high-class projects but BIM also wins the trust of partners and people with practical contributions. Despite socioeconomic difficulty in 2020, BIM Energy produced more than 600 million Kw of electricity for the national grid, serving hundreds of thousands of households. Besides, the company paid VND500 billion to the state budget and boosted the local economy. BIM also supported and invested to build Vo Van Kiet Secondary School in Phuoc Ninh commune, Thuan Nam district (handed over in July 2020); equipped provincial agencies with computer systems; and introduced images of Ninh Thuan people at tourism development programs such as the Grape and Wine Festival. 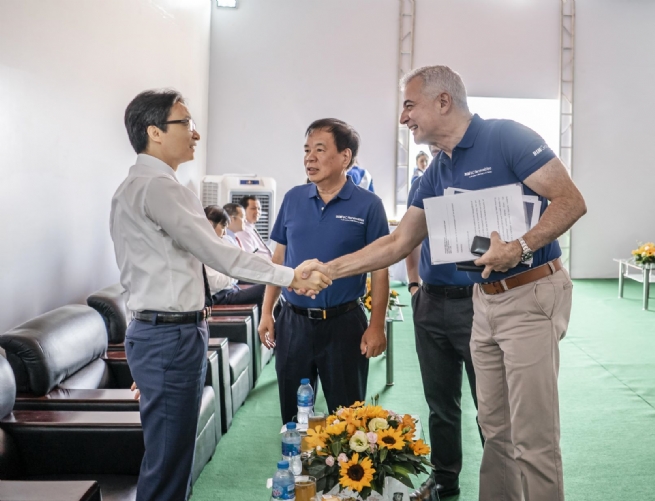 “There are wind and sunshine aplenty in Ninh Thuan, great resources for solar and wind power development. To draw investment funds, local infrastructure needs to be improved. Specifically, infrastructure difficulties such as low-capacity or insufficient transmission lines resulted in overloading. Resolved for sustainable development, renewable energy and a long-term sustainable companionship with Ninh Thuan, BIM always actively adopts effective business policies and promotes synchronous development. We are ready to go with the province and support the province with infrastructure investment - this is not only what BIM needs but also a prerequisite for Ninh Thuan to be brighter in the eyes of investors,” Mr Nguyen Hai Vinh said.