Hoi An Named among World’s Most Romantic Places

Hoi An in the central province of Quang Nam, recognized as a World Heritage Site by UNESCO, was listed among the 21 most romantic places in the world by the Time Out, a magazine in the United Kingdom. 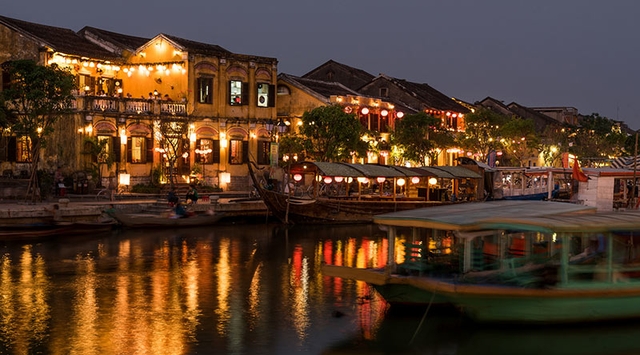 According to the Time Out, Hoi An's famous lantern-lined streets are an idyllic spot for twilight walks and candid conversations, backed by well-preserved historic Vietnamese architecture that tells plenty of stories.

The town's lantern boat rides are the thing of romantic dreams – a tremendous combination of natural delicacy and impressive confidence – while Hoi An also has one of the best cocktail scenes in the country, noted the magazine.

Quang Nam Province is one of the first localities in Viet Nam to receive foreign tourists under a vaccine passport program.

Earlier in late November 2021, the ancient city of Hoi An welcomed the first group of foreign visitors under the pilot vaccine passport program.

Before the COVID-19 outbreaks, Hoi An had a total production value from tourism and services estimated at more than VND 8.5 billion (US$ 372 million) in 2019. The city attracted over four million international visitors and was hailed as Asia's top cultural city destination in the same year.