Great Strides in Industry and Trade

In 30 years since provincial reestablishment, going with the general development of the province, the Soc Trang industry and trade sector has strived to obtain many important achievements and actively contributed to economic restructuring, thus reaffirming its leading role in local socioeconomic development.

In late 2021, the processing and manufacturing sector accounted for 98.5% of the total industrial value, of which seafood processing was key. In 2001, the province had only four seafood processors with a yearly capacity of 18,000 tons of finished products but it is now home to 12 processors with an annual capacity of 110,000 tons of finished products. In addition, other manufacturing industries were also formed and developed such as beer and beverage, garment, agricultural processing, construction material production and especially energy. 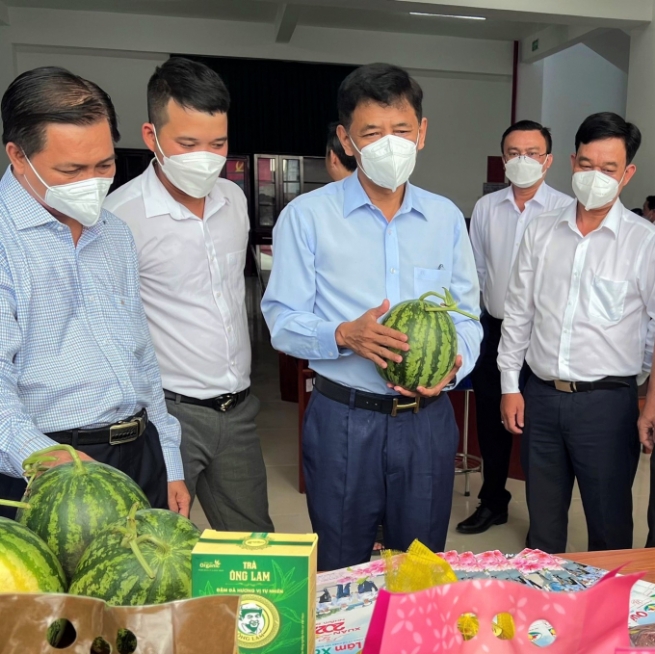 Mr. Vo Van Chieu, Director of Soc Trang Department of Industry and Trade, said that with a coastline of more than 72 km, Soc Trang is favorably developing renewable energy such as thermal power, wind power, solar power and bioelectricity. Specifically for thermal power, Soc Trang plans to form Long Phu Thermal Power Center with three plants with a total installed capacity of 4,320 MW. At present, Long Phu 1 Thermal Power Plant is under construction, with 80% of the volume completed, while Long Phu 2 and Long Phu 3 are being considered for investor selection. Regarding wind power, the province planned to develop 22 wind power farms with a total installed capacity of 1,470 MW by 2020. Accordingly, Soc Trang was approved by the Prime Minister to supplement its electricity planning with 20 projects, with a total capacity of 1,435 MW. To date, the Provincial People's Committee has licensed 17 investment projects with a total capacity of 1,295.2 MW while the remaining three projects are completing evaluation documents. Construction was started on 11 projects by the end of 2021, with four projects already in commercial operation with a total capacity of 110.8 MW. Moreover, the Department of Industry and Trade is further advising the province to review potential wind power development to update it into Power Plan VIII with a total potential capacity of 12,849 MW, of which onshore wind power accounts for 10,849 MW and offshore wind power for 2,000 MW.

On solar power, according to the Soc Trang Solar Power Development Project to 2020, with a vision to 2030 (agreed by the Ministry of Industry and Trade in Official Dispatch 10694/BCT-DL dated December 27, 2018), the province will develop about 17 solar power projects with a total capacity of 975 MWp. Up to now, the Department of Industry and Trade has advised the Provincial People’s Committee to submit the addition of eight projects (947 MWp) to the Ministry of Industry and Trade and update the Power Plan VII with 7,956 MWp. In addition, the department encouraged rooftop solar power development, presently engaged by 1,024 organizations and individuals. 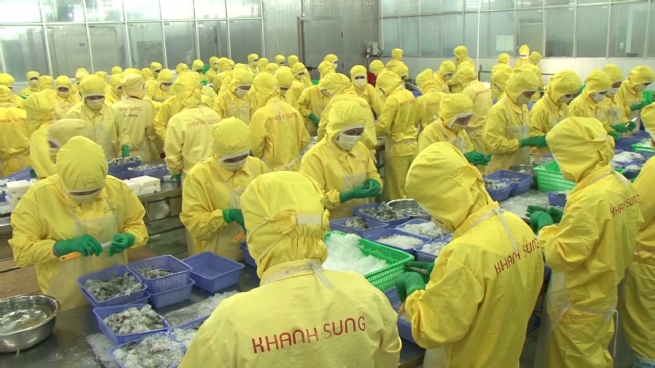 Regarding biomass power, Soc Trang province is home to a 12-MW bagasse-fired power plant which is commercial operation and is carrying out investment procedures for a 25-MW Soc Trang rice husk power plant and a 15-MW waste-to-power plant.

Following current Party and State directions on prioritized development of renewable energy, balanced harmony of ecological environment, national defense and security, and accelerated industrialization and modernization, the Soc Trang Provincial Party Committee worked out an action program to implement Resolution 55-NQ/TW of the 12th Party Central Committee on Vietnam's national energy development strategy to 2030, with a vision to 2045, to provide sufficient energy of high quality for socioeconomic development, especially in remote, isolated and coastal areas, and align rapid, efficient and sustainable energy development with environmental protection.

Along with outstanding achievements in industrial production, the period 1992-2021 also witnessed a strong transformation of trade and service. Total retail revenue of consumer goods and services surged from VND862 billion in 1992 to VND51,673 billion in 2021, representing an average annual growth of 15%. The province was home to over 1,760 trade and service companies and over 57,000 small business households by the end of 2021. The merchandise distribution system has been increasingly developed and modernized.

Together with domestic trade, over the past 30 years, with many support policies of the province and effort of the business community, the province’s export has taken long strides in both value and market. The export value soared from only US$24 million in 1992 to US$1,289 million in 2021, making Soc Trang a billion-dollar exporter, featuring year on year growth of 15% from 1992 to 2021. In 1992, its exports were mainly frozen shrimp and rice, but are now expanded to frozen squid, fish cakes, straw mushrooms, purple onions and garments. Frozen shrimp accounts for over 75% of the province's export value, which rose 19% year on year on average in 1992 - 2021. Other aquatic products and rice expanded by 20% and 5% annually, respectively. As of 2021, Soc Trang products had been exported to about 40 countries and territories, with the main markets being the United States (accounting for 42%), the Philippines (21%), the EU (12%), Japan (10%), Canada (5%), China including Hong Kong (2.5%) and Australia (2%).