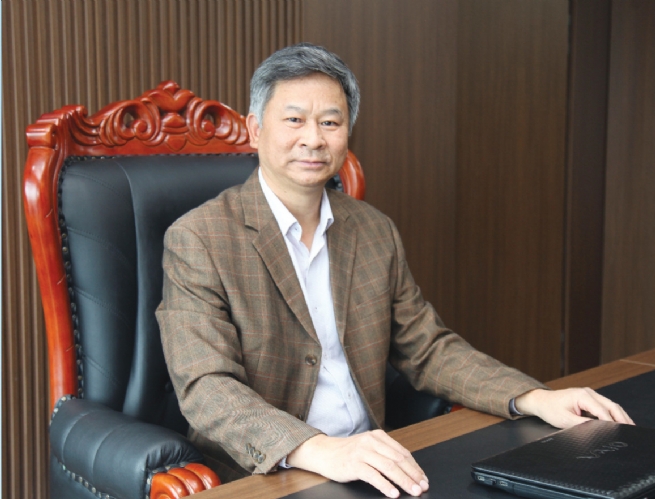 Given the negative impacts of COVID-19, how has Constrexim - Hod endeavored to overcome difficulties and joined hands with the country to prevent, control and safely adapt to the pandemic?

Nearly two years after the outbreak of the COVID-19 epidemic, the domestic economy and enterprises faced numerous challenges. Not being an exception, Constrexim - Hod confronted many difficulties: Products could not be sold or leased; business plans were delayed as a result of worker shortages and input supply disruptions; and office and factory space rent rates had to be slashed for partners. Fortunately, with the close direction of the Board of Directors, the determination of the Board of Management and the solidarity and effort of all employees, Constrexim - Hod achieved its highest business goals and ensured income and life for employees.

For 16 years since the construction of Mat Son Lake Residential Area Project (June 2005), Constrexim - Hod has persistently brought great values to Chi Linh. Would you introduce this groundbreaking project? 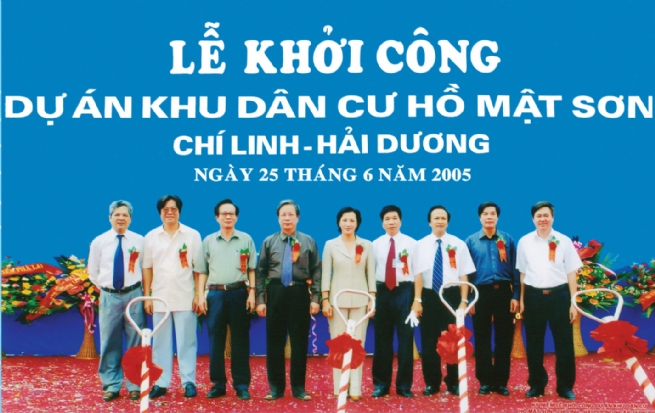 At that time, Chi Linh was still small and the project faced many difficulties. The first was its development direction: Behind Mat Son Lake is a 38-hectare valley. If opened in this direction, it will create a beautiful urban space, but the cost was greater. Choosing the "difficult but beautiful" option, the company had to level millions of cubic meters of soil for the project.

In order to have "clean space", the company relocated nearly 3km of 110KV high voltage power lines out of the project area. This work was "unprecedented" and "unthinkable". With the support of the electricity sector, in 2007, the company started the relocation and completed it after nearly two years. Creating "clean ground" also faced obstacles because some households were unwilling to move. Fortunately, thanks to firm and persistent efforts of provincial and district authorities, they gradually understood and gave up the ground for the project.

Mat Son Lake Residential Area made a pioneering and impressive milestone on Chi Linh's development and urbanization process. Not only being an early project, the residential area is also synchronous and modern: Internal roads and sidewalks are well planned and spacious, with many green spaces. The company guided and managed the architectural space in terms of height and vacant land. Therefore, the urban area always exudes elegance, light, greenness, clarity and beauty, further decorated by Red Star Square where thousands of people arrived to celebrate the moment Chi Linh was upgraded into an urban town in 2010.

Placing responsibility above interests, real estate products in Mat Son Lake Residential Area are affordable to residents. Thus, more than 1,000 land lots were quickly sold out. People spent much less money to own modern villas, not inferior to those in big cities like Hanoi. During their inspections, authority delegations found no errors in planning and construction, and acknowledged that the project was invested by a professional and dedicated Contrexim.

To successfully spread the success of Mat Son Lake Residential Area, in 2014, Constrexim - Hod proposed deploying a project in the southwest of Chi Linh Town. On February 28, 2014, the Hai Duong Provincial People's Committee granted Decision 565/QD-UBND approving the detailed construction planning of 118.69-ha Chi Linh ecological urban area. After that, the province approved the project and recently granted an investment license for Chi Linh Ecological Urban Area, Chi Minh Ward, Chi Linh City - Phase 1 (August 2020). The first phase has an area of 57.4 ha, adjacent to National Highway 18 in the north, Phao Tan - An Bai Canal in the south, Van An 2 Industrial Complex in the west and Mat Son Lake Residential Area in the east. The project has an investment budget of VND656 billion, capable of housing 7,669 people. It consists of 1,536 townhouses, 108 villas, 45,052 square meters of trade, service and office land, and 20,088 square meters of land for social infrastructure.

As a pioneering investor in Chi Linh, how do you assess the potential investment magnetism and development space of Chi Linh in the coming years? For you, what do Hai Duong and Chi Linh need to deal with to effectively attract projects?

Over the years, Chi Linh has grown strongly to become a town in 2010 and a city in 2019, and Constrexim - Hod is proud to be the first company to expand urban construction in this land.

Chi Linh City is currently an attractive destination for many big investors. In addition to the two projects invested by Constrexim - Hod, many corporations are also researching and investing in their projects, including FLC Group, Sun Group, TH, T&T and Xuan Truong. Promising ideas and proposals help supplement the housing fund, change the outlook and create motivation for local socioeconomic development.

When Constrexim - Hod invested in Chi Linh, the local investment attraction policies were unclear and the real estate market was still in its infancy. Actively supported by the province and the district to complete documents, procedures and site clearance, the projects were successful. After 15 years with three administration terms, each term acted better to the business community, policies were clearer and leaders understood the business better.

For real estate projects, ground clearance is always key, a major development bottleneck in many localities and even in Chi Linh. At present, policies are clearer but there is still a gap between policies and realities in site clearance. To resolve this bottleneck, the core is close coordination between the government and investors to create consensus in speeding up projects.