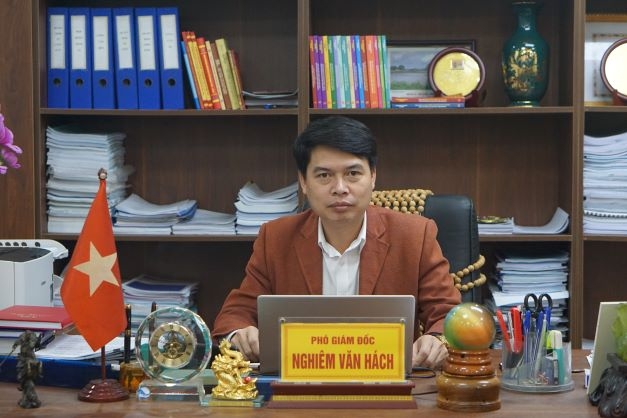 Accordingly, the IT technical infrastructure in the state agencies of the province has been gradually improved, basically meeting the needs of deploying information systems in the province. Currently, at the Smart City Data Center, there are shared information systems of the province managed by the Department of Information and Communications and a number of information systems and databases of some other agencies. In addition, data from the surveillance camera system in Bac Ninh city is also stored centrally at the Smart City Data Center. It has deployed a dedicated data transmission network of Party and State agencies in the province with 177 points connecting all the departments, committees and sectors under the Provincial People's Committee; People's Committees of districts, cities and 126 communes, wards and townships. All State agencies at provincial, district level and People's Committees at commune levels have been connected to LAN and high-speed Internet; 100% of computers of cadres, civil servants and public employees are connected to the internet. The rate of cadres and civil servants who have computers to use is high: 100% of provincial-level cadres and civil servants; 100% of district-level cadres and civil servants, and over 80% of commune-level cadres and civil servants have computers to use in their work.

The industry has also deployed a three-level Online Video Conferencing system in the whole province with 160 connection points on the basis of specialized data transmission networks of the Party and State agencies to serve internal online meetings in the province as well as online meetings between the Provincial People's Committee and the Government and ministries and sectors at the Central level. In particular, during the complicated development of the COVID-19 pandemic, the Online Video Conferencing system contributed greatly to the prevention and control of the pandemic, as well as strongly promoting the process of digital transformation implementation in the province. In addition, it provides free Wifi coverage in Bac Ninh city with more than 50 free wifi hotspots.

The province has effectively implemented the IT application and digital transformation such as the unified Document Management and Administration system from the provincial to commune levels and Party agencies, mass organizations with integrated digital signatures; The official email system of Bac Ninh province has granted more than 11,000 email accounts to agencies and units.

The provincial electronic information portal is deployed and provided at http://bacninh.gov.vn/ supporting two languages: Vietnamese and English. The portal is integrated with the function of receiving, processing and responding to complaints from people and businesses, connecting with the administrative document management system. In addition, the integration with the "E-Government of Bac Ninh province" channel on Zalo application makes sending feedback and recommendations quick and convenient for people and businesses.