After more than 10 years of construction and development, Cat Tuong Real Estate Group Joint Stock Company (Cat Tuong Group - CTG) with modern high-class constructions has generated good, meaningful values to the community, with the most prominent being Cat Tuong Western Pearl and Cat Tuong Western Pearl 2, both located in Vi Thanh City of Hau Giang province, which meet the demand for modern, elegant life of residents on the one hand, and gives a helping hand for urbanization goal of Hau Giang province.

Despite lying adjacent to Can Tho City, just a few years ago, Hau Giang was not economically developed and the real estate sector was also underdeveloped. So, how did Cat Tuong Group see potential and investment opportunities in Hau Giang province? What led to the company’s decision to set foot in this land?

In 2019, while seeking new places to create livable areas that carry Humanity and Sustainability values and meet customer needs, we came across Vi Thanh City of Hau Giang province. 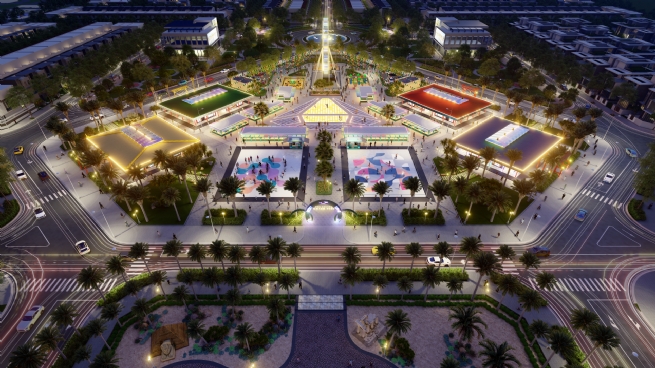 After contacting and working with local leaders, Cat Tuong Group realized that this new land, located in the center of the Mekong Delta, had a lot of potential for future growth.

The first project of Cat Tuong Group here is Cat Tuong Western Pearl Urban Area. Investment procedures made us somewhat apprehensive. However, with the advice and enthusiastic support of relevant agencies, we gained more confidence with our investment in the locality.

The 20-ha urban area received the attention of many customers when it was opened for sale in September 2019. More than 95% of products were sold in just eight weeks. Extending that successful momentum, Cat Tuong Group continued to obtain the investment license from the Provincial People's Committee to build Cat Tuong Western Pearl 2. The 20-ha urban area project is located in the administrative center of Vi Thanh City.

In addition to creating high-class livable values, Cat Tuong Group focused on spiritual values of the community. The Miracle Ancient Wonder Light Park at Cat Tuong Western Pearl 2 is a concrete example. Not only becoming a new entertainment destination for people, the park was also honored as the “first ancient architectural park in Vietnam”.

In spite of being in Hau Giang for nearly three years, as one of leading real estate firms, Cat Tuong Group has promptly created large-scale urban areas, left prominent marks and changed the local urban appearance. That's what we're proud of on our journey.

After these successes, would you mind telling us more about Cat Tuong Group's plans in Hau Giang for the coming time? 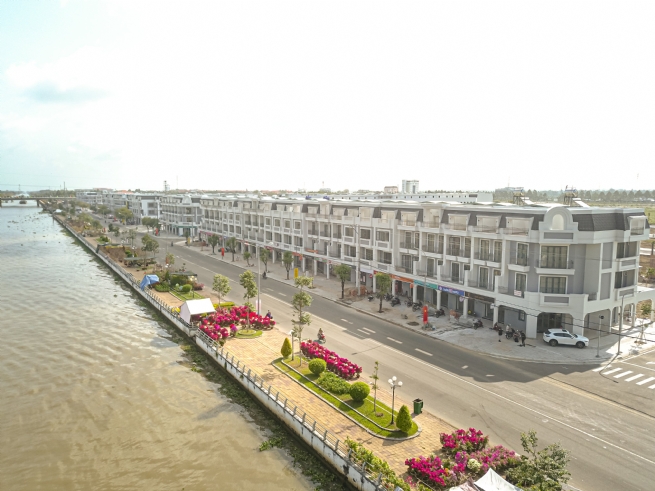 In the coming time, beside new residential and urban projects that are being planned for investment and construction, the commercial and service land fund at Cat Tuong Western Pearl and Cat Tuong Western Pearl 2 will be completely deployed by Cat Tuong Group to meet commercial, entertainment and recreational needs of people. A new project is expected to be officially launched in Vi Thanh City in the fourth quarter of 2022,

Besides, for a young city like Vi Thanh City, the need for entertainment and commercial exchanges is a huge potential that we have realized. Cat Tuong Group will officially construct and complete The Regina Khanh Ngoc Night Economic Zone at a diamond-shaped commercial land section in the heart of Cat Tuong Western Pearl 2 in the third quarter of 2022. This is the first night economic zone in the southwest, covering up to 16,000 square meters, featuring pedestrian streets, kiosks, store chains and vibrant mini bars. The Regina Khanh Ngoc is a harmonious combination of the national nightlife identities of Thailand, Japan, Singapore and Vietnam. From there, residents and visitors have the opportunity to exchange food, culture and enjoy exciting moments with music programs, events and festivals. The project will also help Vi Thanh City in particular and Hau Giang province in general attract large investors, stimulate public spending and help uplift urban areas to catch up with the rhythm of life of major cities in the region.

What factors will make the “Hau Giang urbanization” approach come true? Does Cat Tuong Group have a message or commitment to investors before the Hau Giang Investment Promotion Conference?

In my opinion, there are three accelerating factors of Hau Giang urbanization.

The first is infrastructure and traffic that link the province with other localities. Hau Giang is dynamically located in the southwest region and the slow construction of inter-provincial and inter-regional highways will significantly affect local urbanization. According to the approved plan, Hau Giang is the intersection of three main highways passing through southwestern provinces. Therefore, the coordination with other localities to accelerate expressway construction will help Hau Giang development.

The second is business support policies. For a locality like Hau Giang, the more supportive policies are strengthened, the further administrative procedures are reformed and the more trade promotion opportunities are created, the greater the opportunity to attract potential and reputable investors.

The final is human policy. Investors like Cat Tuong Group are ready to create livable urban areas but creating vitality for these urban areas is largely determined by the locality through its policies to draw workers to live there to create sustainable development.

Without doubt, since Vi Thanh City was upgraded to a second-grade city, the investment and business environment of Hau Giang province, including Vi Thanh City, has been increasingly improved. This means that it will attract more reputable and potential investors for its local urbanization and development. And the Hau Giang Investment Promotion Conference in 2022 will be an opportunity for Hau Giang authorities to spread this.

Cat Tuong Group has been and will be a big investor in the province and we are committed to accompanying the province to create, elevate and sustain the development of urban areas in the coming time.

Thank you very much, sir!