Mang Yang Rubber Company was established in 1984 according to a policy on westward expansion to reclaim and revive the war-torn land. After nearly 37 years of construction and development, by promoting the spirit of employee solidarity and creativity, the company has overcome difficulties and become an outstanding enterprise that makes great contributions to local economic, political and social development.

With the mission of reviving the infertile soil, the company constantly endeavored to invest in human and material resources and apply science and technology to turn wasteland into highly productive rubber forests. From 1984 to 1994, it planted 3,278 hectares of rubber. By 2001, its rubber acreage increased to over 5,700 hectares in Dak Doa district. 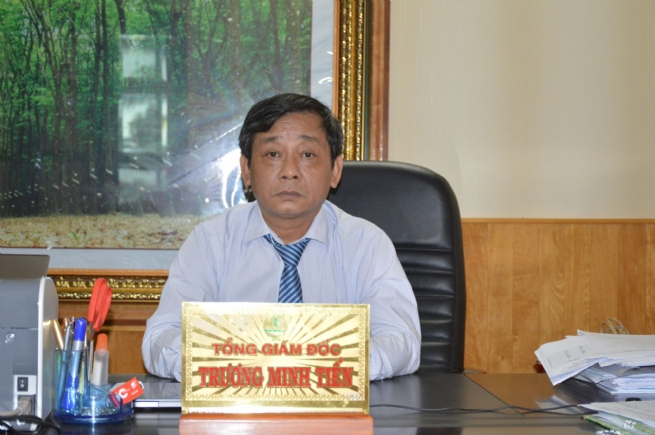 From 2001 to 2018, after it admitted Chu Se II Rubber Company, Mang Yang Rubber Company’s rubber acreage was expanded to 7,728 hectares, marking the biggest leap of business development. Latex prices increased and stayed stable. The company had a latex output of 55,969 tons, a processed latex output of 59,717 tons, and a latex consumption of 61,054 tons, fulfilling 100% of its business plans. It also earned revenue of VND3,035.763 billion, paid VND223.657 billion to the State budget, and paid VND229.346 billion for social insurance, health insurance and unemployment insurance of employees.

Historical milestones over the past 37 years are the foundation for Mang Yang Rubber Company to firmly step up in the integration context although it is facing certain challenges. In recent years, low rubber latex, combined with infertile soil and low productivity hurt its business performance and employees’ incomes.

Currently, the company is researching to invest in RSS products using Thai technology to raise the product quality on par with Thai’s peers to sharpen its competitive advantage in the export market.

In addition, to increase land productivity, based on the policy of Gia Lai province and Vietnam Rubber Industry Group and its strategy, Mang Yang Rubber Company will convert some low-yield rubber areas for other purposes that bring in higher value.

“The company plans to reserve 500-1,000 hectares of land for high-tech agriculture, specifically cooperating with partners to grow short-term crops such as sweet potatoes, garlic and galangal. At the same time, it will intercrop short-term crops in broad-trunk tree areas to bring the highest possible profit per unit area. In addition, the company will also convert some land area for industrial zones to attract secondary investors to tap local potential,” he added.