Over the past years, with the right investment attraction policies and best support for investors, industrial parks in Ha Nam province have become reliable destinations for investors.

With its efforts to focus resources and prepare favorable conditions to entice investors (like improving infrastructure, reforming and modernizing the administration, applying incentive and support policies for businesses), Ha Nam province has obtained optimistic investment achievements over the past years and stood among the best performers in the country. In the first nine months of 2020, Ha Nam attracted 58 investment projects (24 FDI projects and 34 domestic projects) with a total registered capital of US$466.2 million and VND16,775.1 billion (US$729 million), bringing its total valid investment projects to 1,011 (319 FDI projects and 692 domestic projects) and the total registered capital to US$4.22 billion and VND134,228.3 billion (US$5.84 billion). 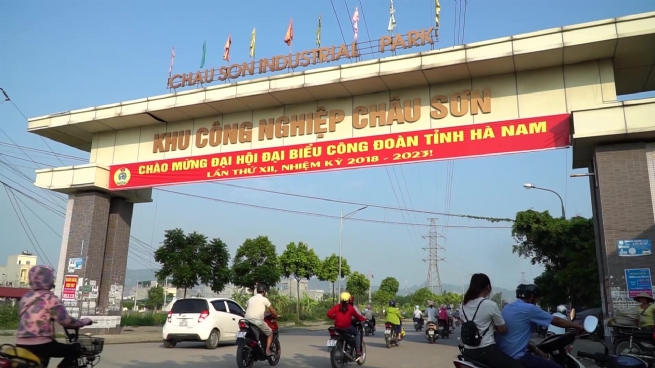 The number of people at working age accounts for 55% of the population and 13,000 - 14,500 people join the workforce every year. Ha Nam's workers are young and well-trained.

Dong Van I Industrial Park (221 ha): With a completed infrastructure, the park is housing 94 investment projects with a total registered capital of US$868 million, including 46 FDI projects with US$669 billion of investment capital (investors from South Korea, Japan, Singapore and other countries). The occupancy rate is 100%. By 2022, it will be expanded by 150 ha in the east of Cau Gie - Ninh Binh Expressway to 371 ha.

Dong Van II Industrial Park (320 ha): With a completed infrastructure, the facility has attracted 95 investment projects with US$1,398 million, including 74 FDI projects with US$1,287 million (investors from South Korea, Japan, the United States and other countries.

Dong Van III Supporting Industrial Park (300 ha) is adjacent to Dong Van I and II, next to the North-South Expressway and ICD Port. It offers special preferential policies approved by the Government of Vietnam. The park has completed infrastructure investment for 169 ha in the west of the expressway and attracted 43 investment projects with US$665.8 million of registered capital. Currently, it is expanding about 223ha to the east of the expressway, bringing the total area to 523 ha.

Dong Van IV Industrial Park (300 ha) has attracted 37 investment projects with a total registered fund of US$788 million, including 25 FDI projects with US$635.6 million (investors are mainly from South Korea and Taiwan). About 50 ha of land is available for lease. 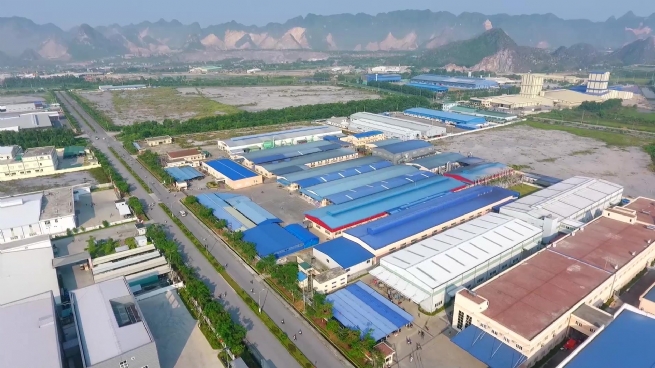 Chau Son Industrial Park (377 ha) has licensed 119 projects with US$781 million of investment capital, including 56 FDI projects with US$358 million (investors largely from South Korea, Japan, Taiwan, the Netherlands and Australia). About 28 ha of industrial land is available for lease.

Thanh Liem Industrial Park (293 ha) has licensed eight domestic investment projects with US$311 million of registered investment funding. Currently, about 60 ha of land is available for tenants to lease.

Thai Ha Industrial Park covers 200ha, located next to the highway connecting Hanoi - Ninh Binh and Hanoi - Hai Phong, has basically invested in infrastructure and is ready to allocate land to investors.

On January 12, 2016, the Ha Nam Provincial People’s Committee issued Decision 48/QD-UBND on approving the revised project on development investment approach in 2016 - 2020, with a vision to 2030, which defines priority for developing supporting industries, high-tech industries, and products of high added value and strong competitiveness. The province focuses on attracting FDI, mainly small and medium businesses in developed industrial countries and territories like Japan, South Korea and Europe. With consistent solutions, Ha Nam aims to draw US$2.5 -3.5 billion of FDI capital in 2021 - 2025 (US$500 - 700 million a year) and US$2 - 2.5 billion of disbursed FDI fund (US$400 - 500 million a year) in the period. Over 50% of companies will use advanced environmentally friendly technologies.