The event was held on April 5, 2014 in Dong Hoi City, aiming to introduce investment incentive policies, resources, potential and advantages, projects and investment opportunities to investors. In 2014 - 2015, the province called for 40 projects in six attractive and highly competitive sectors. At the conference, the Provincial People's Committee granted investment licenses to projects with a total registered investment of VND19,300 billion. The province licensed 13 projects valued at VND8,500 billion engaged in six industries and signed memorandums of understanding on five investment projects with VND7 trillion and US$200 million. 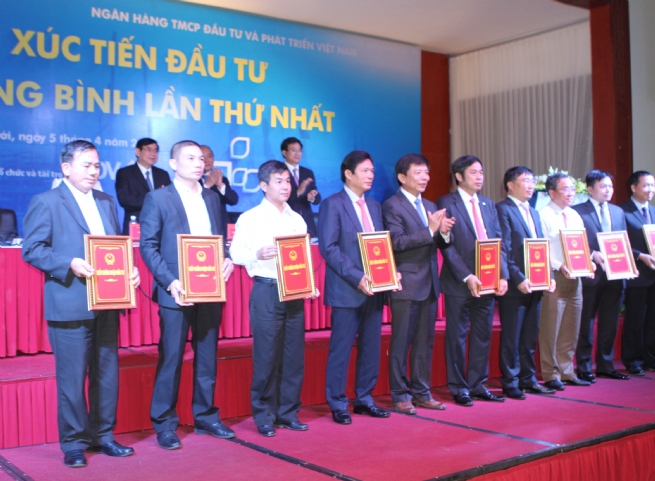 Speaking at the conference, Mr. Nguyen Huu Hoai, Chairman of the Provincial People's Committee, emphasized that, with the determination for breakthrough development and to become a well-developed province in the region, Quang Binh was committed to working together with investors from initial survey and project planning to construction implementation and especially operation. The province saw the project performance of investors as the socioeconomic development performance of the province. Speaking at the event, Deputy Prime Minister Nguyen Xuan Phuc (now Prime Minister) told the province to complete socioeconomic development planning, especially the connectivity between Quang Binh and other regions in the country and neighboring countries. He noted that provincial authorities must develop a specific roadmap to quickly bring projects into operation to bring about socioeconomic development.

The conference took place in Dong Hoi City on August 27, 2018, aiming to appeal and attract financially viable investors to Quang Binh, and turn potential and advantages into a driving force for social and economic development. Here, the Provincial People's Committee granted investment certificates and signed investment cooperation agreements with 66 projects with a total investment capital of VND168,869 billion including 36 licensed projects with a total investment fund of VND29,717 billion and 30 agreed projects of 24 investors with VND139,152 billion. 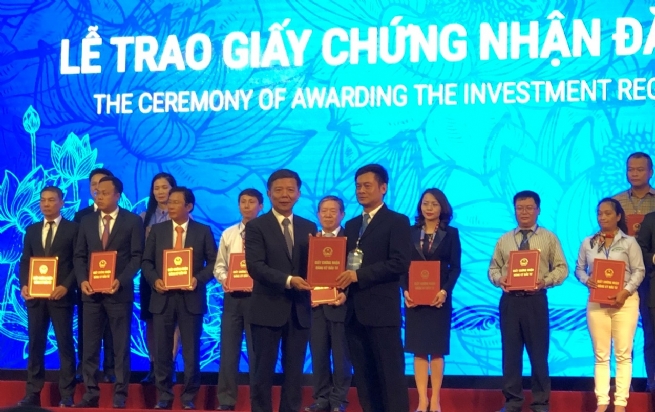 Speaking at the conference, Prime Minister Nguyen Xuan Phuc affirmed, Quang Binh could absolutely be an excellent choice to create new and deep first impressions of a beloved Vietnam. Quang Binh is not simply a miniature Vietnam or a sharp illustration of the hidden and endless beauty of Vietnam, but really Asia's mysterious "blue diamond" to be discovered. Speaking at the conference, leaders of Quang Binh province seriously promised to work out specific solutions to fulfil the Prime Minister's instructions, committed to standing by the side of investors, facilitating and supporting them to invest in the province; consistently carried out preferential and support policies on land lease, infrastructure investment, site clearance, laborer training support; immediately dealt with difficulties facing investors; accelerated administrative procedure reform, improved local competitiveness, created a stable, open, convenient, transparent, and equal business investment environment, and made investors feel secure with business development.

Planned to take place on January 16 and 17, 2021, together with the commencement of Quang Trach 1 Thermal Power Plant, the Quang Binh Investment Promotion Conference 2021 is the starting activity for the new term. This event, happening on the occasion of the commencement of Quang Trach 1 Thermal Power Plant, is also an opportunity to dispel the image of an old year with pandemics, natural disasters, storms and floods, and to motivate the province to look forward to an exciting new year. Through the conference, Quang Binh province hopes to catch the fancy of investors, not only in the tourism sector but also in other fields such as industry, agriculture and services. Quang Binh province is committed to creating conditions for investors to invest in the province on the basis of harmonizing benefits for the people, for the province and for businesses, especially to respect the environment. 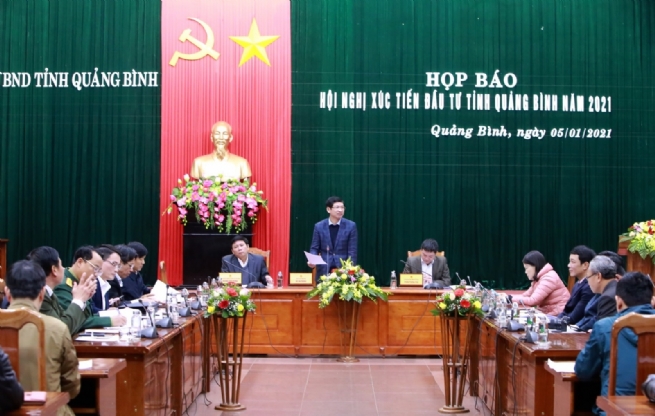 Located in the North Central region, Quang Binh is a potential and distinctive destination for investors. The province has a convenient and synchronous transportation system, including National Highway 1A, eastern and western branches of Ho Chi Minh Road, North-South Railway and Dong Hoi Station, Dong Hoi Airport and Hon La Seaport, which are very convenient for transportation and exchange of goods. Especially, National Highway 12A is the shortest way to connect Vietnam with Laos and Thailand through Cha Lo - Na Phau International Border Gate (about 350km). 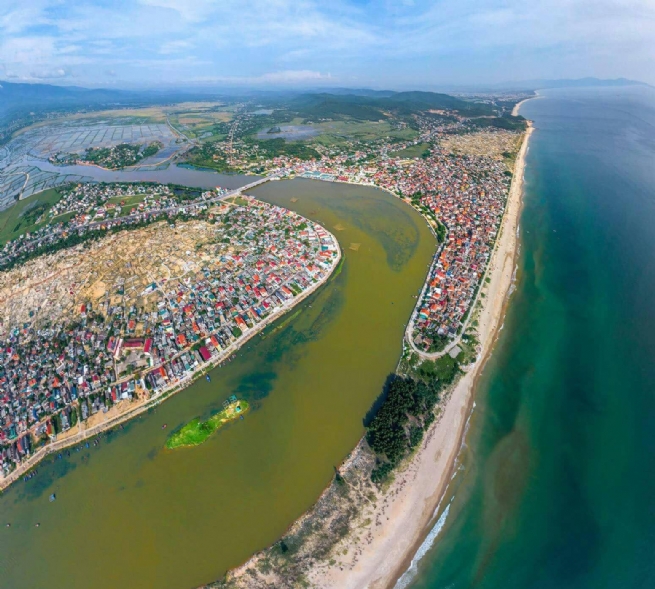 With a natural area of ​​8,000 km2, a population of nearly 900,000, a coastline of 116 km and forest coverage of over 67% (ranked second in the country), Quang Binh province also has a vast favorable space for agricultural development, especially marine economy and forest economy.

Quang Binh has the longest coastal sand stretch in Vietnam, with many clean and beautiful beaches such as Nhat Le, Bao Ninh, Vung Chua and Da Nhay, and has many historical and cultural relics and heritages such as legendary Truong Son Trail, Tam Co Cave, Long Dai Ferry and Thanh Mau Temple. In particular, Quang Binh is home to Phong Nha - Ke Bang National Park recognized by UNESCO twice as a World Natural Heritage for high biodiversity, featured by more than 400 very splendid, unique, magical and mysterious caves of all sizes formed hundreds of millions of years ago. 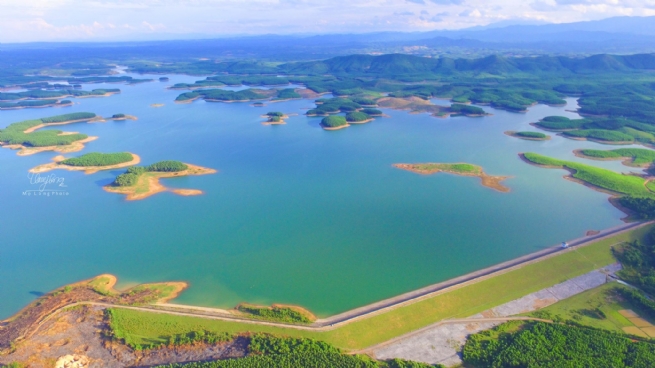 These potential advantages will be introduced as an attractive and reliable investment destination at the Quang Binh Investment Promotion Conference in January 2021. Provincial leaders are also committed to supporting investors to access provincial resources to turn ideas into reality.

Especially at the 2018 Conference, he mentioned the oracle of Scholar Nguyen Binh Khiem more than 400 years ago “The strip of Hoanh Son land is a great residence for thousands of generations.” This has been proven by history. Besides, Quang Binh is not only a friendly place and a good place for big projects, but also a land of business aspirations and new startups. The Prime Minister emphasized, "The character of central people is like cacti in the desert which is still alive, proliferating, blooming and growing beautiful flowers." With the appearance of “giant cranes in the sky of Quang Binh”, he believed that greater prosperity and wellbeing will come to beloved Quang Binh.