Inheriting and promoting the tradition of Hung Yen province, the Party, government, people and business community in the province joined forces, actively innovated, overcome difficulties, especially the adverse impacts of the Covid-19 pandemic to successfully fulfill the development targets in the 2015-2020 term. These achievements will serve as a solid foundation for building a civilized, modern Hung Yen with rich identity in the future.

Being proud of achievements in the 2015-2020 term, Mr. Tran Quoc Van, Deputy Secretary of the Provincial Party Committee, Chairman of the Provincial People's Committee, said, despite numerous difficulties and challenges, the Party and the people of Hung Yen province made efforts to choose key socioeconomic development tasks in the past period. Especially in 2017, Hung Yen was among 16 provinces and cities nationwide that had budgetary surplus. The province’s economy maintained rapid development and better growth quality. The economic scale and potential kept swelling. In 2020, its gross regional domestic product (GRDP) was estimated at VND100,058 billion (US$4.3 billion), an increase of 1.7 times over 2015. The economic structure rapidly shifted towards a growing share of industry and construction. In 2020, the industry and construction sector accounted for 61.6%, followed by the service and trade sector with 29.11% and the agriculture, forestry and fishery sector with 9.29%. The province achieved and exceeded 15 out of 16 key socioeconomic development targets and basically completed one other target. 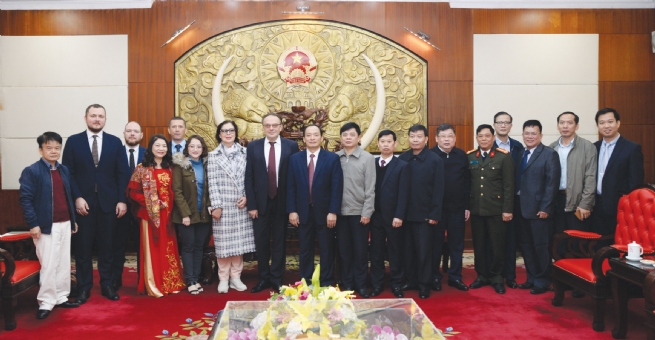 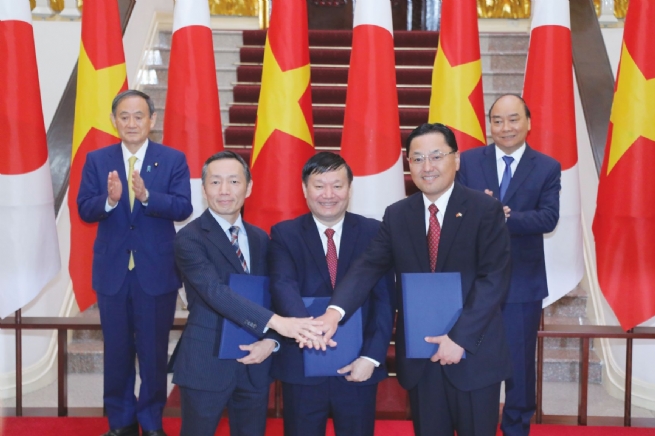 The total development investment fund in the 2016-2020 period was over VND157 trillion (higher than the target of VND150 trillion), nearly doubling that in the 2011-2015 period. The province completed more than 1,000 km of roads, upgraded and built 27 pumping stations, upgraded and repaired over 400 km of canals; built grid infrastructure for industrial development and people's livelihoods. Information technology infrastructure developed rapidly. Urban infrastructure expanded strongly, with social infrastructure and service infrastructure of major urban centers and towns basically completed. The province carried out the new rural development program in the 2016-2020 period and achieved outstanding results that even went beyond expectations. In 2019, all communes met new countryside construction standards. In 2020, all 10 district-level units fulfilled new rural development standards and 28 commune-level units completed advanced new rural development standards. Per capita income in rural areas reached VND50 million, an increase of VND21 million over 2015. Over 95% of workers had full-time employment. The poverty rate decreased to below 1.48%. The material and spiritual life in the countryside improved. Many traditional cultural activities were upheld.

Building politics, ideology, organization, and morale among Party cadres was promoted and produced many results. The Party strongly agreed on perception and action, regarded solidarity as the nucleus of public consensus and support. Staffing was carried out openly, transparently and lawfully.

Despite making great achievements, Hung Yen still faced certain shortcomings and limitations, said Chairman Tran Quoc Van. For example, the development of industry, trade, service and tourism was below its potential and advantage. Social housing construction for workers did not come up to expectations. Site clearance for investment projects still confronted difficulty. The settlement of land, natural resources, traffic and irrigation violations in some places was not high. Nevertheless, even in 2020, in spite of adverse impacts of the COVID-19 epidemic, Hung Yen still strived to become the third province in the country to complete the new rural development task (according to Decision 1791/QD-TTg dated November 12, 2020 of the Prime Minister). At the same time, all socioeconomic development targets of the province were achieved.

Effort to become a province of modern industry, efficient agriculture

From its achievements and lessons learned in the past period and its actual context, conditions and resources, Hung Yen province determined key tasks to 2025: “Building and rectifying the Party and a clean and strong political system; upholding the collective strength of the entire people; fostering innovation; ensuring national defense and security; building Hung Yen into a province of modern industry, highly efficient agriculture, rapid and sustainable development.” To realize these targets, Hung Yen province proposed economic indicators based on three key pillars of economy, society and environment. Along with that, Hung Yen province will focus on carrying out the development plan in 2021-2030 and the strategic vision to 2045 as follows:

By 2030, building a prosperous, beautiful, civilized industrial Hung Yen province; increasing per capita GRDP to over US$8,500, with the income of rural people doubling from 2020; raising the share of digital economy to over 30% of GRDP; building large urban areas and model rural areas; developing efficient, safe and sustainable commercial agriculture; becoming a centrally-run city.

By 2037, the 40th anniversary of Hung Yen reestablishment, the province will strive to become a centrally governed city. By 2045, Hung Yen will be a smart city; uphold the core values of Pho Hien time-honored culture; and become a rich and beautiful, civilized, modern province of rich cultural identity.