The 21st Party Congress of Thanh Hoa City (2020-2025 term) defined tasks to build Thanh Hoa into a first-class provincial city in Vietnam by 2025, a modern and smart city by 2030. This approach is cross-cutting guidance and a strong determination of the Party Committee and the government, as well as the desire of the people of Thanh Hoa City. 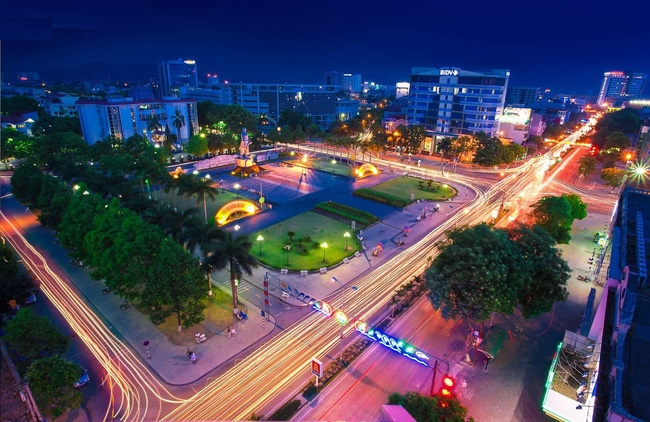 In the 2015-2020 term, the Party and government of Thanh Hoa City strived to fulfill the resolutions of Central and Provincial Party Committees and the resolution of the 20th City Party Congress, which concentrated on four key programs and two breakthrough stages to make inclusive development progress in all aspects. As a result, the city's economy grew in both capacity and scale. Remarkably, the economy expanded 16.5% in the period, 1.5% higher than the previous term. Per capita income was estimated at VND73.4 million, nearly twice that of 2015. State budget revenue was forecast at VND22.5 trillion (nearly US$1 billion), accounting for 18.4% of the province’s total budget revenue.

The value of industrial production and construction grew as high as 16.8%. The service and trade sector developed dramatically in scale, diversity and quality, with the service value rising by 17.8%. The export value was estimated at US$1.75 billion in 2020, up to 2.32 times higher than the beginning of the term. The economic sectors developed diversely. The investment fund for development was estimated at VND143.01 trillion, 2.13 times higher than the previous period and equal to 23.3% of the total fund raised in the province.

Entering a new stage of development, Thanh Hoa City has many opportunities for rapid growth of all aspects, but it is also facing numerous difficulties and challenges, requiring the Party and the people to work harder, keep ongoing innovations, uphold historical, cultural and revolutionary traditions, and uplift its status and position as the capital of robustly-growing Thanh Hoa province.

Deeply grasping the Party's developmental views, with the motto "Solidarity - Discipline - Leadership - Innovation - Development", the 21st Thanh Hoa City Party Congress defined the development direction for the city in the next five years: “Building Thanh Hoa into a first-class provincial city in Vietnam by 2025, a modern, smart and civilized city by 2030. This approach is the cross-cutting guidance and strong determination of the Party Committee and the government, as well as the desire of the people of Thanh Hoa City.”

To achieve its objectives, the Thanh Hoa City Party Committee outlined 27 major targets, three focused programs and two breakthrough stages during this term, with many specific groups of tasks and solutions for all fields. The city will aim for rapid and sustainable economic development, improve economic competitiveness; enhance the quality of planning and management, align the city’s development with the province’s overall development strategy to play a leading role connecting and driving the province’s development. The city will also pay more attention to social and cultural development, improve the people's material and spiritual life, build Thanh Hoa City into a true “cultural center” of the province; regularly maintain political security, and ensure social order and safety. It will also step up administrative reform, promptly and effectively solve security and order issues, facilitate socioeconomic development of the city and the province; and attach much importance to building the Party and the political system to strengthen Party leadership.