Soc Trang province has simultaneously carried out many solutions to create an appealing investment environment, especially in industrial parks with synchronous and modern infrastructure for investors. To learn more about these efforts, our reporter has an interview with Mr. Nguyen Thanh Trong, Director of the Soc Trang Industrial Zones Authority. Cong Luan reports.

Could you please introduce the recent outstanding results of developing industrial zones in the province, as well as their investment attraction and manufacturing development?

The province completed construction and started operation of An Nghiep Industrial Park in late 2006. Ha Thanh Concrete Joint Stock Company is investing VND1,230.26 billion to build Tran De Industrial Park under the Decision 828/QD-TTg dated June 12, 2020 of the Prime Minister, building its infrastructure system and calling tenants. Detailed plans have been made for Song Hau, Dai Ngai and My Thanh industrial parks to draw infrastructure developers.

After over 16 years of development, An Nghiep Industrial Park has made important contributions to local socioeconomic development, played a significant role in economic restructuring towards industrialization and modernization. By the end of 2021, it attracted 69 investment projects with a total registered investment capital of VND7,332.4 billion, including six FDI projects with VND1,938.7 billion. They already spent VND5,505.8 billion of their registered value, including VND1,423.2 billion from FDI investors. An Nghiep has leased 181.8 ha or 96.2% of rentable area. The industrial production value was VND13,709.9 billion in 2021 (including VND705.2 billion from FDI enterprises), up 14.2% over 2020, 14.2% higher than the planned target set for 2021 and equal to 49.7% of the province’s total industrial production value. Their export value reached US$724.9 million, up 22.6% year on year and equal to 56.6% of the province’s total export value. Its tenants are hiring over 20,000 local workers.

Particularly, Tran De Industrial Park is building infrastructure and calling for secondary investors, expected to attract over VND5,000 billion of investment capital. It is expected to generate production value of over VND20,000 billion and export value of US$600 million, and pay VND 300-400 billion to the State Budget a year. Its tenants are hoped to employ 15,000-20,000 workers.

In addition to contributions to the local economy, industrial parks have played an active role in society as they create jobs for tens of thousands of local workers, and facilitate the labor shift from agriculture to industry and services.

How has the great efforts of the authority and investors changed the technical infrastructure system in industrial zones? 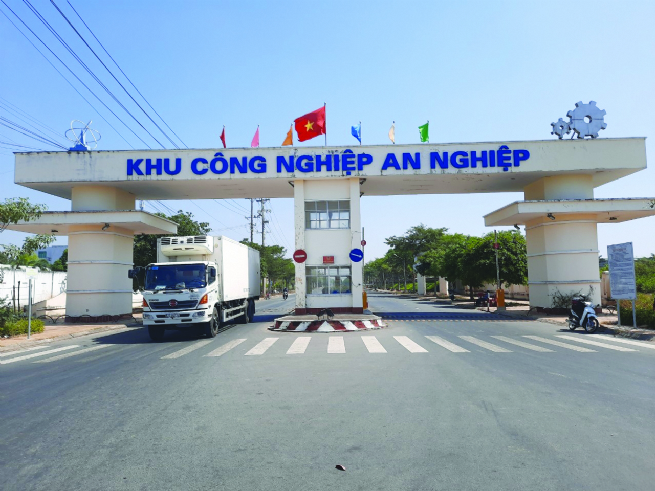 To meet these requirements, the province will review, amend, supplement and complete policies to encourage and support investors in the province, including in industrial parks, to match actual development trends; and have specific plans and measures to increase investment projects into local industrial zones.

With the above viewpoints, goals, guidelines, policies and solutions, I believe that in the coming time, investing and developing industrial zones and attracting investment capital into industrial zones will achieve a lot of encouraging results.

To catch the investment wave from countries around the world and reach FDI enterprises who are looking for new investment markets after the epidemic, what key solutions will the authority carry out in the coming time?

As a coastal province in the Mekong Delta, with fertile soil and a mild climate, Soc Trang's strengths are agriculture, fisheries and marine economy. In addition, with a smooth road traffic system with four national highways running through the province to other provinces and cities in the Mekong Delta region and the southern key economic region, Soc Trang is endowed with favorable conditions for industrial, agricultural and maritime development.

Given advantages of supply sources, labor and water transport in order to boost investment promotion, the authority advised the Provincial People's Committee to issue and apply consistent support policies to encourage investment projects into industrial zones; stepped up administrative reform, improved the investment environment and implemented full incentives regarding land, tax and training. In general, investors in industrial parks are enthusiastically guided and supported by Soc Trang Industrial Zones Authority and relevant agencies to handle documents and procedures pertaining to investment, construction and land lease. At the same time, investors are also provided with information about domestic and foreign markets; supported with expenses for participating in fairs, exhibitions, advertisements and worker training courses. Through practical support programs and policies, investment into industrial zones has achieved many positive results and more investors are looking to work with the authority to research and launch their investment projects.
In order to increase investment appeals in local industrial zones in the coming time, the authority will quickly build infrastructure in industrial zones; accelerate administrative reform, especially simplifying procedures, reducing the time to deal with investing activity of tenants; and uphold the spirit and responsibility of employees in administering and supporting investment, production and business in industrial parks.

Thank you so much!