On December 10, 2019, the Politburo decided to issue Resolution 54 on “construction and development of Thua Thien Hue province to 2030, with a vision to 2045” with the aim of turning Hue into a centrally governed city based on the foundation of “preserving and promoting the heritage value of the former imperial city and the cultural identity of Hue with characteristic culture, heritage, ecology, landscape, environmental friendliness and intelligence". To achieve this goal, the province has made great efforts to accelerate administrative reform, created a favorable environment for businesses and coordinated with central and local agencies and businesses to speed up the progress of economic, social and urban infrastructure development projects. Seeing this development trend, Apec Land Hue Joint Stock Company has also focused on joining hands to build Thua Thien Hue into a more economically developed and urban locality.

Investing in Hue City for more than 10 years, Apec Land Hue Joint Stock Company with its brainchild Royal Park has been warmly welcomed by local customers. Since its official operation, Royal Park has always considered a human-centered project which takes human beings as the most valuable asset and as an operating principle to bring best utilities to users. Each item or each design in Royal Park is always carefully considered and always aimed for humanity and sustainability to human beings. Not only paying attention to local quality of life, the company also cares about building the landscape of Royal Park, blended with the urban landscape of Hue City and Thua Thien Hue province. 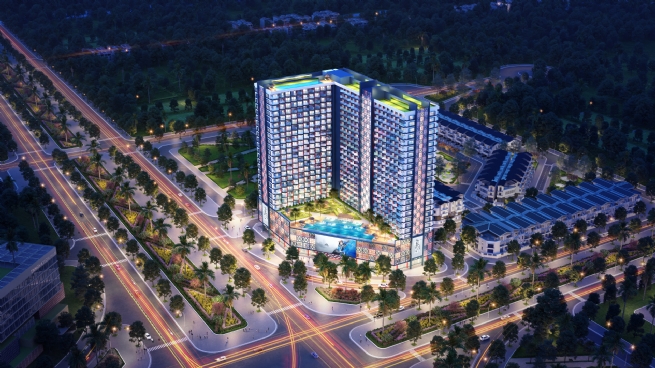 In the course of developing Hue into a "green city" and a centrally governed city of green landscape, environmental friendliness and smartness, Royal Park is taking the lead in meeting present needs without compromising the ability of future generations to meet their own needs. Immediately when the project was prepared nearly a decade ago, the investor - APEC Investment Group - paid special attention to planting and tending the greenery system for the urban residence. A representative of the investor said, “The group spent VND5 billion to improve the environment, upgrade roads and plant trees around the urban area. The design theme – “green, modern and environmentally friendly” - permeates every corner of every street and every house of Royal Park. With appropriate approaches to the people, policies and environment, in recent years, Royal Park Hue is gradually becoming a reliable choice for people of all ages in the city. Zone B of Royal Park - lying on a 100-meter wide Vo Nguyen Giap Road - already found owners for more than 300 villas and townhouses after being put into operation. Dwellers in Royal Park are saying that Apec Royal Park has a smart design that optimizes the living space, makes use of the space and vision to catch sunlight and fresh air. Most materials are quality items such as Xingfa aluminum doors, large aluminum door frames with three-layer Low-E coated glass, featuring sound insulation and heat insulation for perfect living experiences of customers. 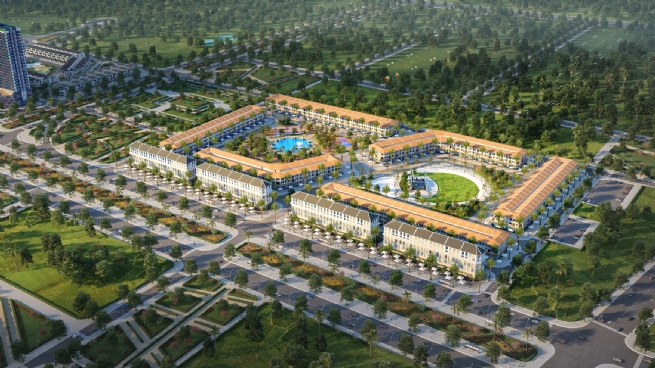 Following the success of Zone B, in the coming time, Apec Land Hue Joint Stock Company will build two new zones, C and D, expected to be the resort hub of Hue City. The common landscape of these two zones will be harmoniously blended with traditional and modern architecture to add sublimation and elegance of French architecture and retain the imperial culture of Hue. This matches the city’s landscape development approach of “promoting the heritage value of the former imperial capital” that the province is pursuing. In addition, the construction of Moon Park and Sun Park for more than 5,000 residents, plus the plan to open annual art activities in Zone C and Zone D of Royal Park, will provide magical interaction of nature and people. More specifically, in addition to building more successful townhouses and villas as in Zone B, Apec Group will launch two new product lines with impressive contemporary designs called Apec Imperia Boulevard. 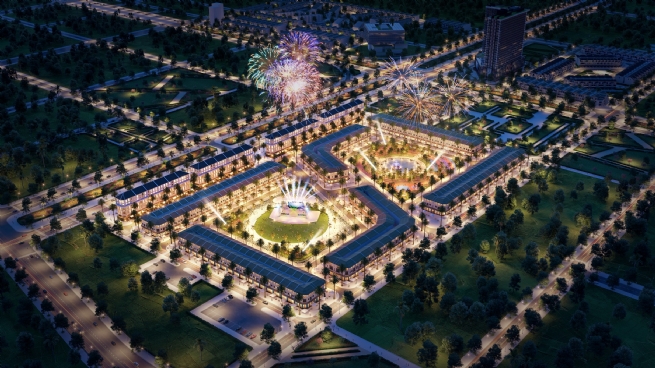 Apec Imperia Boulevard Hue has more than 200 residential units designed with a classy and luxurious concept. With a prime location and optimal design for business, the project is a perfect residential solution and a potential investment growth channel that brings super attractive interests for investors. The project will include townhouses, villas and especially shophouse boutiques with a total floor area of more than 1,200 square meters, with each unit having 30-35 hotel rooms. Owners can both use the first and second floors of the boutique shophouse for commercial purposes while the rest are used for accommodation, spacious and private for customers.

Given potential geographic location and ideas, projects in Zone C and Zone D, once put into operation, can be expected to provide high-quality accommodation for residents, prettify the cityscape, demonstrate the cultural identity of Thua Thien Hue in the architecture and contribute a part of financial resources through tax to the provincial budget. Besides, not only ending with Zone C and Zone D, Apec Land Hue Joint Stock Company will open many projects in the province to broaden the influence and contributions to the development journey of the province, enabling Hue to develop into a modern centrally-run city that still retains valuable cultural identities.