Thua Thien Hue has long been defined as one of the cultural and tourist centers of the country, a land with unique culture and history of Vietnam.

Possessing seven tangible, intangible and documentary heritages recognized by UNESCO, Thua Thien Hue attracts researchers and tourists from all over the world. Distinctive and unique factors derived from rich intangible cultural values, mausoleums, pagodas, and unique house architecture along the banks of the Perfume River endows Thua Thien Hue’s heritage tourism with all necessary conditions to become a unique cultural and tourist center of the country and the world. 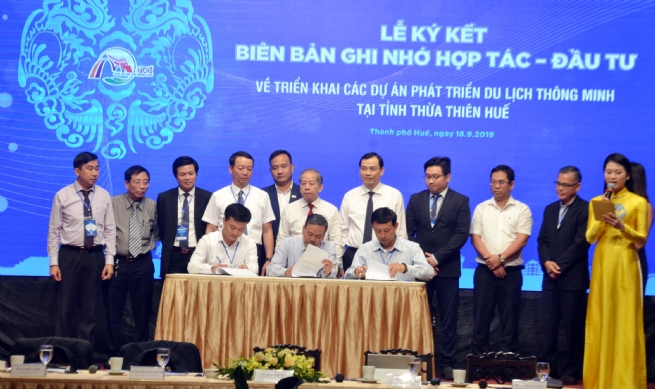 From 2016 to 2019, the tourism industry of Thua Thien Hue made strong leaps with an average growth of about 12% a year, with foreigners accounting for 40-45%. Tourism revenue increased 14% a year on average. In 2019, tourist arrivals to Thua Thien Hue exceeded 4.8 million, with 2.2 million tourists staying in hotels. Tourism revenue was nearly VND5,000 billion and social tourism revenue topped VND12 trillion. The international tourist market remained stable, especially traditional markets like Western Europe and North America. Tourists from South Korea and Thailand increased strongly in this period.

Investment attraction continued to achieve positive changes. Many strategic tourism investors have studied and invested in the province, such as Vingroup, Sungroup, FLC, BRG and ECOPARK. 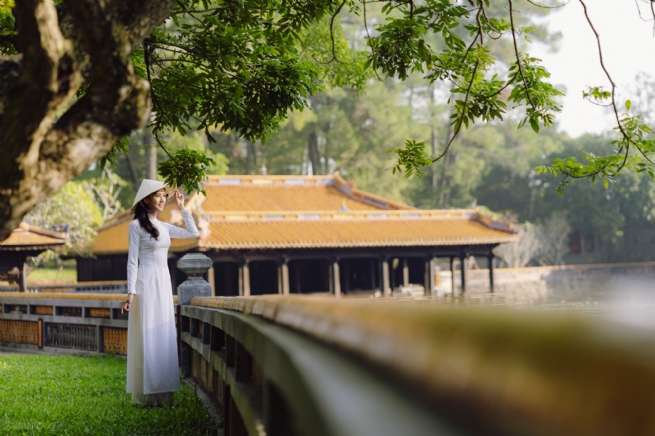 The Hue Monument Complex together with historical revolutionary relics and traditional cultural values has been restored, embellished and upgraded. The pedestrian streets, pedestrian bridge, and cultural and artistic space on Le Loi Street were put into operation to diversify tourism products and woo tourists. Hue Festival and traditional handicraft shows have been successfully held and attracted a large number of domestic and foreign tourists, and local communities create places of interest to develop the tourism industry in the province.

The province boosted intensive tourism promotion activities. The frequency of famtrips and presstrips increased by many times. The participation in domestic and foreign fairs helped tourism companies to improve service quality.

Human resources training was focused. In addition to training tourism workers, the tourism industry has expanded training for workers in tourism service supply chains such as drivers, merchants and communities who live on tourism.

The cooperation and connectivity in tourism development between Thua Thien Hue and other localities in the region and the world have been constantly strengthened and increasingly deepened. Tourism cooperation development of three localities - Thua Thien Hue, Quang Nam and Da Nang - continue to play a sustainable and far-reaching role as a model of tourism development for Vietnam. Moreover, the connectivity has been expanded at the two ends of the country, Ho Chi Minh City and Hanoi, and across the country.

Thanks to the above efforts, Thua Thien Hue is a secure, friendly and attractive tourist destination. It has been voted as one of most attractive destinations by many famous travel magazines around the world.