Affiliated to KCP Group of India, KCP Vietnam Industry Co., Ltd. (KCP) has been officially present in Phu Yen province since 2000. For more than 20 years of development efforts, KCP's operations have helped improve socioeconomic conditions, promote economic restructuring in five mountainous districts of Phu Yen, and accelerate the cause of industrialization, modernization and international economic integration of the province. The following is a short interview with KCP General Director K.V.S.R.Subbaiah.

Could you please briefly introduce the development path and outstanding achievements of KCP over the past 20 years?

Knowing that inputs are vital to sugar companies, KCP has made a series of right policies, pleasing sugarcane growers, on sugarcane purchases and input area development investment in the past time. The company has sought to maintain the acreage but increase productivity and quality of sugarcane. To encourage farmers to grow sugarcane, KCP directly signed sugarcane investment and consumption contracts with about 10,000 farming households, thus building trust with sugarcane farmers and local authorities, making practical contributions to local agricultural restructuring and new rural development.

Currently, 98% of KCP's sugar products are consumed by domestic beverage and food companies. In addition to outstanding product quality, KCP is also highly appreciated by partners and customers for its attentive service and efforts to stabilize the supply chain. The stable and successful operation of KCP has helped improve socioeconomic conditions in five mountainous districts of Phu Yen province, and reduce poverty in very poor communes in Son Hoa and Dong Xuan districts. The company has provided stable jobs for 700 employees, 10,000 farmer households and about 45,000 farm workers and transport workers. 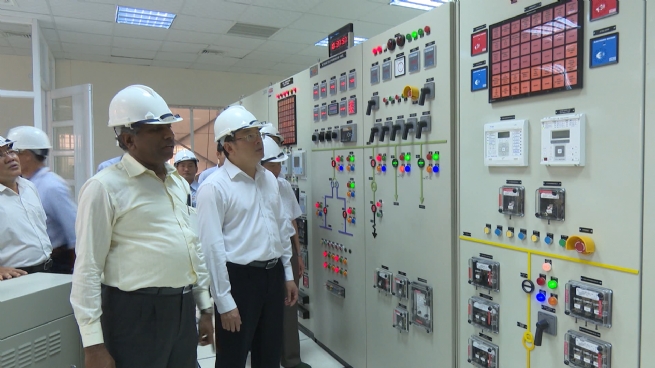 To creatively use up its waste products, KCP has also built two microbiological fertilizer plants in Son Hoa and Dong Xuan districts in order to make full use of waste ash, sludge and cane at its mills. This has actively supplied fertilizers for farmers to invest in production development and productivity improvement. In 2017, the company also built and operated a 30-MW biomass power plant in Son Hoa district. In addition to supplying electricity to its production facilities, the plant has also fed the national grid to supply power to external customers, enabling the company to add another source of income and the local budget to have one more source of tax.

Facilitated by many free trade agreements signed, the Vietnamese sugar industry will have a great opportunity to reach the "vast ocean" in the upcoming period. In that context, what specific efforts will KCP make to overcome challenges and make effective use of all opportunities available?

Since January 1, 2020, to fulfill its commitments of the ASEAN Trade in Goods Agreement (ATIGA), Vietnam officially opened its sugar market. According to statistics, in the first nine months of 2020, the official import of sugar from Thailand to Vietnam amounted to 978,602 tons, not counting smuggled sugar and sugar imported for export production. Since the Ministry of Industry and Trade issued Decision 1715/QD-BCT dated June 29, 2020, to initiate investigations to impose anti-dumping measures on liquid sugar (HFCS) imported from China and South Korea; and Decision 2466/QD-BCT dated September 21, 2020, on anti-dumping and anti-subsidy investigations into some sugar products originated from Thailand, Vietnam's sugar industry has positively changed and this optimistic trend is hoped to continue in the next 4-5 years.

To grasp all opportunities from free trade agreements, KCP will continue to invest in technology innovations, minimize production costs, and make new sugar products with superior quality over its competitors in the coming time. At the same time, the company will mitigate negative impacts on the environment, align production with environmental protection towards sustainable and efficient green production.

Would you mind telling us more about KCP's future projects?

In the coming time, KCP will invest to upgrade the capacity of the biomass power plant to 60MW in the second phase. In addition to generating biomass power and producing microbiological fertilizers, KCP has also planned to build an alcohol facility, with a daily output of 60,000 liters, next to Son Hoa Sugar Mill to produce fuel alcohol and food alcohol from molasses. The total investment fund is US$25 million.

Its efforts to diversify production will help KCP increase revenue, stabilize jobs and improve income for workers and make practical contributions to the socioeconomic development, industrialization and modernization of Phu Yen province.