Celebrating 20 Years of Establishment of Cu Lao Dung District: Imprints of Change and Aspiration to Rise up

As the land located at the end of Hau River, dividing the water into two flows before pouring into the East Sea, Cu Lao Dung possesses great potential and strength, and holds an important position in terms of society-economy, security and defense of Soc Trang province. After 20 years of development, from an "isolated" land surrounded by water on four sides, with determination and aspiration to rise up, Cu Lao Dung has gradually changed, put on a new look and become richer, more beautiful and spacious.

The island then - now

Cu Lao Dung district was established under Decree 04/2002/ND-CP dated January 11, 2022 of the Government, on the basis of dividing part of Long Phu district. When it first came into operation, the district was completely isolated from the mainland, the area was separated by many interlaced rivers and canals with weak infrastructure and extremely difficult socio-economic conditions. However, with the joint effort and consensus of the government and people, the island has changed dramatically, erasing the image of a difficult and poor "oasis". 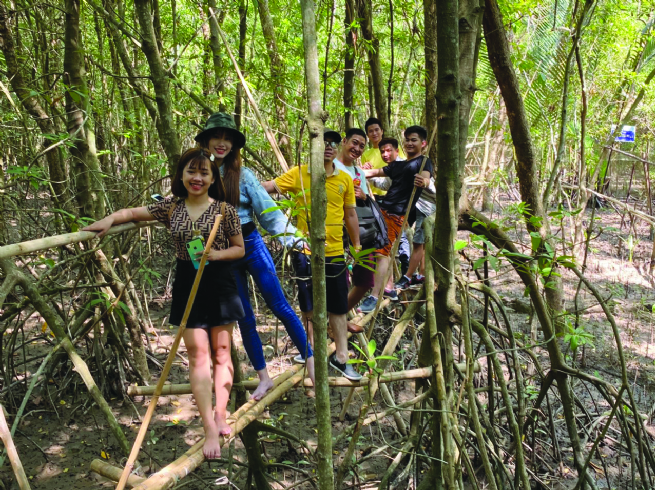 Previously, besides poverty, Cu Lao Dung was also a district with the most difficult infrastructure conditions, all roads in the area were dirt roads, and some communes did not have car roads. However, with the investment attention of the Central government and the province, so far the district's key traffic routes have been gradually completed; 40.28km of provincial roads and 38.36km of district roads have been hardened, creating conditions for socio-economic development, meeting the travel and trade needs of the people. These include some typical projects such as: Upgrading and expanding road 933B, building district roads 12A, 13, 14, 15 and upgrading and expanding district road 11 with a total cost of hundreds of billions of dong.

Aspiration to rise up

Cu Lao Dung has a favorable geographical position to develop the marine economy and trade with the provinces of the Mekong Delta through the waterway and road transport system (with 2 estuaries of Dinh An and Tran De); in addition, the district is also the connection point between Soc Trang province and Tra Vinh to Ho Chi Minh City. When Dai Ngai Bridge crossing Hau River (through Cu Lao Dung) is built to connect Soc Trang with Tra Vinh, it will help to remove the bottleneck of separation, open the door to development, and create a breakthrough for the locality. 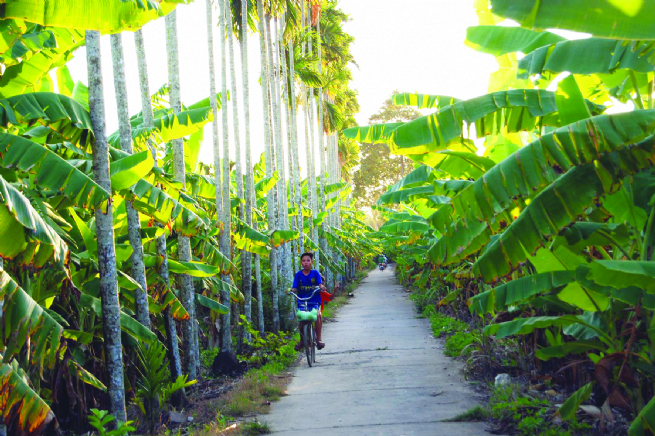 Besides, fertile soil, many minerals, regular alluvial deposits and favorable water source have created Cu Lao Dung’s potential for agricultural development. The research by Can Tho University in the project "Planning for restructuring agricultural and rural production" shows that most of the soil groups in the district have an layer containing materials producing alum below, the soil has a heavy mechanical composition (high clay content), poor drainage, having accretion during tidal flooding, so the fertility is quite high.

Not only that, Cu Lao Dung is a green island with a mild and cool climate all year round (the average temperature in Cu Lao Dung is always a few degrees Celsius lower than the surrounding areas). The district has diverse natural landscapes and ecosystems, mangrove forests with many rare and precious plants and animals (some species are listed in the Vietnam Red Data Book) combined with scenic spots. In particular, the province has helped the district to build "Cu Lao Dung Mangrove Nature Reserve" to preserve the mangrove forest and rare animal species in order to promote the value of eco-tourism.

These soil and climate conditions have created 03 natural ecological zones for the district including: sweet, brackish, and salty, to develop crops and livestock in the direction of high technology associated with tourism development. In particular, these include aquaculture (shrimp, crab, clam); growing fruit trees (mango, longan, pomelo, orange, tangerine, custard apple, coconut...), and short-day industrial plants (sugar cane). The district is promoting the implementation of the Scheme on restructuring the agricultural sector towards increasing added value and sustainable development associated with the construction of new rural areas.

The locality has promoted the development of hi-tech application in agriculture, attracting large enterprises to associate in production, processing and consumption. Along with that, it is calling for investment in wind power and solar power; and forming a marine logistics center, linking with Tran De deep-water port. 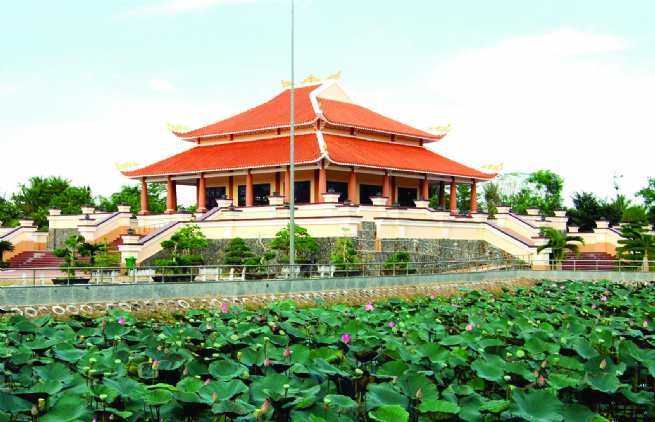 In particular, to exploit tourism potential, the district has focused on developing eco-tourism and leisure tourism, calling for investment in building homestays and resorts, including: Project of clean agricultural production combined with eco-tourism in An Thanh Nam commune (76 hectares), Monkey Island Ecotourism Area (19.5 hectares), Experiential Ecotourism Area under the forest canopy (250 hectares), Long An Dune Tourism (1.2 hectares) and Tourist Wharf across the Cu Lao River Dung - Tran De (0.4 hectares). The goal is to become the second Phu Quoc of Vietnam and an important destination for tourism and studying, combining travel of Soc Trang and Tra Vinh provinces in particular and the Mekong River Delta region in general.

Mr. Le Minh Duong, Vice Chairman of the People's Committee of Cu Lao Dung district, said that in recent years, the district had especially received the attention of the Provincial Party Committee and the Provincial People's Committee with the issuance of resolutions and action programs to focus on mobilizing resources for investment and local development. This is an important motivation for Cu Lao Dung to continue to develop and steadily reach out; striving to become by 2025 a new rural district associated with tourism, with a development level better than or equal to the province's average.