To become “one of the major and special centers of culture, tourism and specialized healthcare in Southeast Asia and one of the major centers of science, technology, high-quality, education and training by 2030” and “a festival city, a unique cultural, educational, tourist and medical center of Asia” by 2045, Thua Thien Hue province has endeavored to improve the investment and business environment and focus on socioeconomic development. To find out more information about this, the Vietnam Business Forum’s reporter has an interview with Mr. Phan Ngoc Tho, Chairman of Thua Thien Hue Provincial People's Committee.

2020 is the first year of implementing the Politburo's Resolution 54/NQ-TW dated December 10, 2019 and the Government's Resolution 83/NQ-CP of May 27, 2020 for executing Resolution 54/NQ-TW on Thua Thien Hue construction and development to 2030, with a vision to 2045. Could you please tell specific programs, plans and actions that the Party, the government and the people of Thua Thien Hue province are carrying out to achieve these guidelines?

Immediately after the Politburo issued Resolution 54-NQ/TW, Thua Thien Hue drastically directed all relevant bodies to carry out complete and comprehensive objectives, targets, tasks and solutions of the Resolution. Specifically, the Provincial Party Committee promulgated the Action Program 69-CTr/TU dated February 3, 2020 on Thua Thien Hue construction and development to 2030, with a vision to 2045. The Provincial People’s Committee launched the Action Plan 60/KH-UBND dated February 28, 2020 to execute the Action Program of the Provincial Party Committee, set up a steering committee in charge of fulfilling Resolution 54-NQ/TW and assigned relevant departments to lead the development of specific projects to realize the goal of turning Thua Thien Hue into a centrally run city. The province has also actively coordinated with the Ministry of Planning and Investment and the Government Office to advise the Government on promulgation of Resolution 83/NQ-CP dated May 27, 2020 on the Action Plan to implement Resolution 54-NQ/TW of the Politburo. The execution progress of projects assigned by the Government to ministries and branches is as follows:

Regarding the Project “Building Thua Thien Hue into a centrally-run city on the basis of preserving and promoting heritage values of the former imperial capital and the cultural identity of Hue; mechanisms and policies specific for Thua Thien Hue”, the Ministry of Planning and Investment was assigned to work with the Thua Thien Hue Provincial People’s Committee and concerned bodies to complete the draft project to submit to the Government in the fourth quarter of 2020.

Regarding the scheme on establishment of the centrally governed city of Thua Thien Hue, the Ministry of Home Affairs was designated to, on the basis of centrally run city standards for Thua Thien Hue approved by competent authorities, coordinate with relevant central and local agencies to work out a scheme to this effect to submit to the Government in 2021. 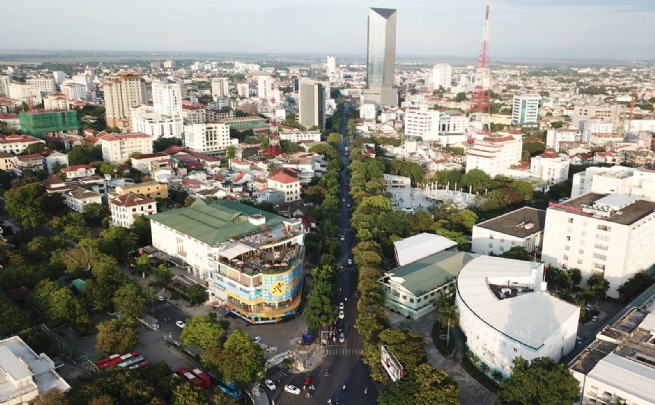 Given numerous existing difficulties, Thua Thien Hue province focused on drastic and effective prevention of COVID-19 epidemic on the one hand and boosted socioeconomic development on the other. Would you be kind enough to tell more about these efforts to fulfil the above targets, goals and tasks, particularly how they are implemented in the last months of 2020?

The COVID-19 pandemic has produced a comprehensive and profound impact on all countries in the world. Currently, it is evolving very complicatedly. The economy of Thua Thien Hue province is relatively open, with a high degree of international integration, resulting in severe effects on socioeconomic fields. The gross regional domestic product (GRDP) rose by only 0.38% in the first six months of 2020, lowest in 10 years, at a median rate in the Central Coast. Due to its direct exposure, accounting for 48.75% of the economic structure, the service sector plunged 2.26% (versus a 6.37% growth a year ago). Declining areas include accommodation and food services (down 33.19%), arts and entertainment (down 10.36%), transportation and warehousing (down 10.14%) and retailing (down 0.5%).

In the context of general difficulties, in September and October 2020, Thua Thien Hue was heavily affected by floods and storms, so the tasks in the remaining months are heavier. Although the epidemic has been basically controlled, the risk of infection from outside is always potentially high. Therefore, the entire political system and all the people of Thua Thien Hue need the highest determination to surmount all difficulties to achieve the goals and tasks set at the beginning of the year with following key solutions in the remaining months of the year.

- Implementing Resolution 54 of the Politburo; elaborating socioeconomic development plans, completing and submitting projects to central agencies in the fourth quarter.

- Supporting and speeding up the progress of key projects; stepping up the disbursement of public investment as approved by the Prime Minister. By the end of October 30, 2020, the disbursement accounted for at least 70% of the plan and was expected to be 100% in the year.

The whole political system and all classes of people join forces and unanimously achieve the dual goal: Readily preventing the epidemic and promoting socioeconomic development in the last months of 2020.

Thua Thien Hue province’s PCI standings scored 66.5 points in 2019, climbed 10 places on the rankings, the highest ever, redemonstrating its efforts for a better business environment. So, how are these efforts and determination translated into reality?

In 2019, the province’s Provincial Competitiveness Index (PCI) score added 2.99 points (from 63.51 to 66.5) to climb to No. 20 out of 63 provinces and cities, 10 places higher than in 2018, securing the fourth place among well-performing localities. This showed the province's efforts to implement solutions to improve its PCI rankings. 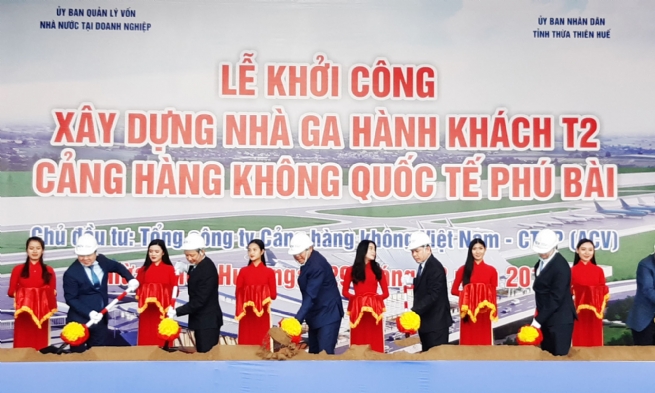 To enhance the business environment and local competitiveness, especially when Thua Thien Hue province is carrying out the goal of “solving difficulties, supporting businesses and investors affected by the COVID-19 epidemic on the one hand and restoring, developing production and business activity to accelerate the progress toward a centrally governed city”, the Provincial People's Committee issued Plan 152/KH-UBND dated June 16, 2020 on PCI Upgrade Plan in 2020, with efforts placed on improving “Market entry” and "Business support services” subindices.

In addition, in order to support businesses to deal with COVID-19 epidemic consequences, Thua Thien Hue province supported laid-off employees who are disqualified for unemployment benefits, business households, and employees without a labor contract. The province also assisted workers who have their employment contracts delayed or accept unpaid leave.