Bac Ninh meets all conditions for connecting and developing a logistics center in the north. Realizing this advantage, coupled with an open investment policy introduced by Bac Ninh province, Mr. Le Tien Nam, Chairman of Bac Ky Investment Joint Stock Company, decided to leave Russia to return to the fatherland to fulfil his aspiration.

Graduated from the Diplomatic Academy of Vietnam in 1989, he has worked in logistics for a long time, with more than 15 years of experience in the field of road and railway forwarding and transport in Russia. Since he founded Bac Ky Investment Joint Stock Company where he has been President of the Board of Directors since 2005, he has gradually turned his aspirations into reality: Building and operating a national logistics center in Bac Ninh province (Tien Son ICD - Bac Ninh). Starting from Tien Son ICD, Bac Ky has developed a logistics center and port system in Bac Ninh province and expanded operations across the north.

From an ideal location

The railway from Hai Phong Port to Kunming, Yunnan, China was built and operated by the French after it started colonization in Indochina. After losing the Sino-French War (1885,) to gain influence in northern Vietnam, the Qing Dynasty had to sign the Tianjin Treaty (1885), in which Article 7 clearly stated the French prerogative in building and operating Kunming railway, Yunnan and Kunming - Hai Phong railway which was then built according to the 1-meter gauge standard.

The next advantage of Bac Ninh is adjoining Hanoi, the economic and consumer center of the north. So, with its location, Bac Ninh can serve Hanoi’s needs.

To rapid growth and untapped potential

According to the forecast, the northern container throughput is forecast to increase by 2.5-3 times, much higher than that of the south, at only 1.5 times. According to an actual survey by Bac Ky Company, the container cargo volume of five provinces and cities (Hanoi, Bac Ninh, Bac Giang, Vinh Phuc, and Thai Nguyen) accounts for 50% of the throughput of Hai Phong ports and a majority of containers are is transported along National Highway 18 and National Highway 1B which run through Bac Ninh province.

Container transport volume is forecast to increase by 3 times - a great opportunity for Bac Ninh to develop logistics but also a great pressure on transport infrastructure, especially roads in Bac Ninh province. In the next 10 years, the growth of the south is forecasted to be 50%, lower than that in the north due to infrastructure bottlenecks, the distance from Saigon High-Tech Park to Cat Lai Port is 40 km but trucks can run just one trip a day at a speed of 4 km an hour. Becamex is proposing to build a 100-km railway to connect Binh Duong province to Thi Vai - Cai Mep Port but land compensation and site clearance is a hard problem. 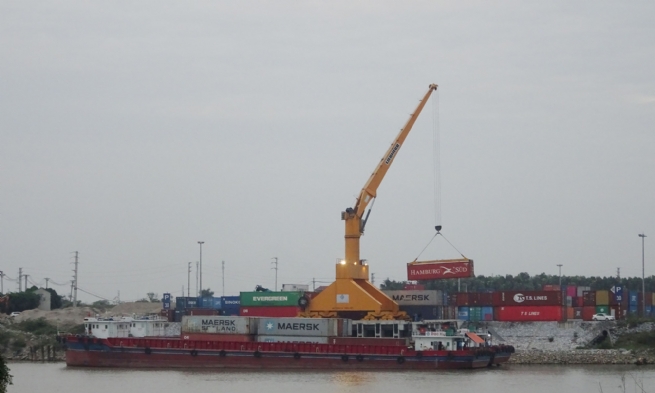 The share of container cargo transported by water from Guangzhou to seaports (equivalent to the distance from Bac Ninh to Hai Phong Port, 120 km) accounts for 55% of container cargo volume and by road for less than 40% (According to the Consultation Report released by BMT Consulting Company - UK).

Bac Ninh has great potential for the untapped Duong and Cau rivers as leading companies like Bac Ky only transport less than 0.1% of container throughput.

With accelerating urbanization, expanding population and increasing income, the demand for warehouses used for distribution and consumption in Hanoi will continue to increase in the coming years. Changing consumption habits and distribution channels from traditional practices to e-commerce will also result in a high growth of warehouse demand (developed countries such as the United States where the warehouse area per capita is 20 times higher than in Hanoi). According to surveys by consumer goods producers, 60% of goods distributed to the north (from Ha Tinh northwards) is transported and consumed in Hanoi. Meanwhile, warehouses inside the Belt Road 3 are likely to be relocated to further locations to give the existing land for more valuable properties like condos, trade centers and offices.

Adjoining Hanoi, the capital of Vietnam, and having convenient traffic routes, Bac Ninh is capable of developing large logistics - distribution centers to serve Hanoi’s growing consumer demand. Bac Ninh is forecast to need at least 1 million square meters of warehouses by 2030 to fulfil the consumer demand in Hanoi and northern provinces, excluding the demand of manufacturing factories in Bac Ninh while the current total warehouse area is about 350,000 - 400,000 square meters. Thus, in Bac Ninh, it is necessary to build an additional 600,000 - 700,000 square meters of warehouses in the 2020-2030 period.

According to logistics experts, Bac Ky Investment Joint Stock Company is a leading provider of logistics services and solutions in the northern market under the concept of “Inland Logistics Supermarket”.

Bac Ky invested a lot of money to own logistics infrastructure and modern facilities, including 12-ha Tien Son ICD - the largest in the north - and 2.5-ha Tri Phuong Port with 72,000 square meters of European standard warehouse, four container barges of 2,700 tons - 120 TEUs, a fleet of 200 tractors, 260 trailers and modern lifting equipment. 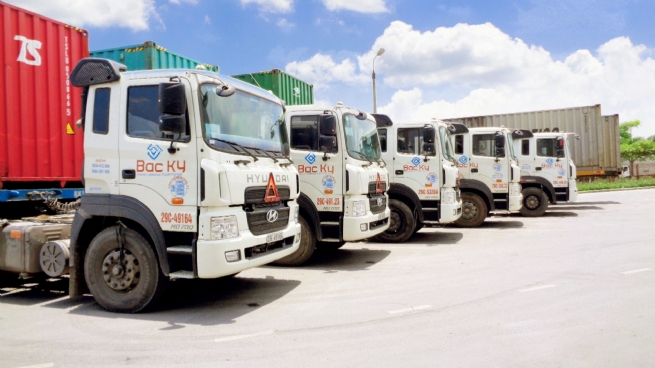 To better serve customers, Bac Ky worked out a development strategy to 2025, ensuring to provide customers with 1,000,000 square meters of warehouse and transport 1,000,000 TEUs annually with the goal: Connecting manufacturers and global logistics companies with customers through the supermarket logistics system with comprehensive infrastructure and efficient logistics solutions.

Inland waterway shipping helps customers save at least a quarter of costs, helps relieve road traffic congestion and is a greener mode of transport, a preferred approach to sustainable development in the world today.

Bac Ky will continue to invest in expanding business operations: Expanding Tien Son ICD, developing more logistics centers in Hanoi and seaports in the northern market to form a closed logistics system to serve customers with competitive prices and the best service quality.

Mr. Le Tien Nam said, to grow the economy in the 2020 - 2025 period as the land fund decreases, Bac Ninh needs to develop a new spearhead industry suitable to its potentials, advantages and no pollution and promote more sustainable local socioeconomic development. Moreover, Bac Ninh is striving to become a centrally-run city by 2022 and the logistics industry will be an outstanding competitive advantage as compared to other provinces around Hanoi.

Reducing logistics costs and further developing the logistics industry is also a central concern of the Prime Minister. He issued Decision 200/QD-TTg dated February 14, 2017, on “Approving the action plan to enhance Vietnam’s logistics service competitiveness and development to 2025”; Directive 21/CT-TTg on “Accelerating the deployment of solutions to reduce logistics costs and connecting transport infrastructure systems”; and Directive 37/CT-TTg dated September 29, 2020 on “Fostering inland water transport and coastal shipping by inland waterway” when Vietnam continues to grow and become a chosen destination for investment flows shifted out of China.