Being present in the Vietnamese market for nearly 12 years, De Heus Co., Ltd has grown continuously to the second position in Vietnam by size, output and revenue, and made important contributions to the development of the Vietnamese livestock industry in general and the fisheries sector in particular. Especially in Vinh Long province, Branch 1 and Branch 2 of De Heus Co., Ltd have become familiar brands to local farmers as they always actively provide the best technical support and upgrade machinery and technology to enhance product quality. For more information, our reporter has an interview with Mr. Nguyen Quang Hieu, Director of Public Affairs, Vietnam & Cambodia, De Heus Co., Ltd. Cong Luan reports.

Could you briefly outline the development path and outstanding achievements of De Heus Co., Ltd?

Although the 12-year development path is not long as compared to the 30-year history of the animal feed industry of Vietnam, De Heus’s achievements are very valuable as it created a launch pad for the stronger development of Vietnam's fisheries sector in the integration process. 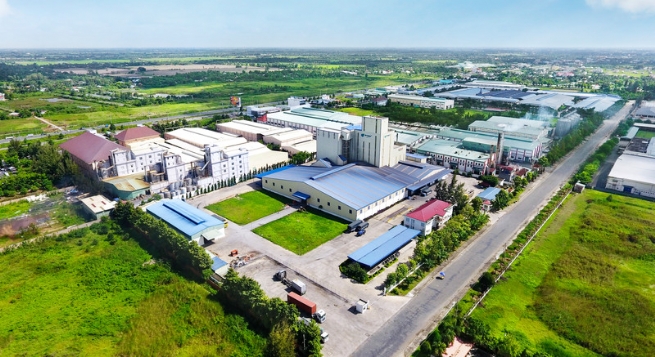 Shortly after investing in the Vietnamese market, De Heus defined the Mekong Delta as a high potential place for livestock development, especially aquaculture. Geographically lying at the center of the Mekong Delta, Vinh Long was surveyed and selected by De Heus for its investment plan. From the acquisition of a fish feed manufacturing factory in 2011, De Heus has so far had many factories and projects in Vinh Long (Vinh Long Branch’s factories 1, 2 and 3, Fisheries Research and Development Center; and Poultry Research and Development Center).

Especially, No. 1 and No. 2 factories of Vinh Long Branch play a strategic role in the company’s development as they make up more than 35% of the company’s output and revenue in the Vietnamese market. Specifically, at Vinh Long Branch - Factory 1, in the first five years of operation (2011 - 2015), the workforce increased from 24 employees to 80 employees and total sales reached 78 tons a year by the end of 2015. As of the end of November 2020, its headcount rose to 148 employees and total sales expanded by 22% compared to the end of 2015. 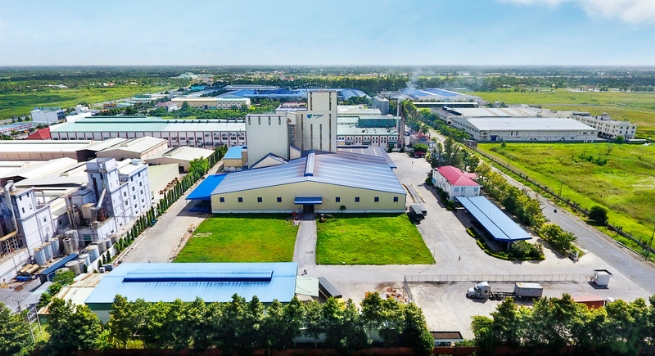 Factory No. 2, which officially went into production in 2016, had a total initial output of 147 tons of animal feed a year and 156 full-time employees. By the end of November 2020, its sales increased about 30% compared to the end of 2016 and the workforce grew to 223 employees.

De Heus Co., Ltd still affirms its brand position and steady growth in an increasingly fiercely competitive environment and in a volatile market. What is the reason and the driving force for the company’s success?

Since De Heus invested in Vietnam in general and Vinh Long province in particular, the livestock industry has experienced many fluctuations: From epidemics to unstable consumption markets. In this difficult context, Vinh Long 1 and Vinh Long 2 branches of the company have still developed sustainably. In order for De Heus to be as successful as it is today, many factors will be cited. The first is the enthusiastic support of provincial and local authorities to bring our projects into operation and development. Thanks to this valuable support, our company has the foundation, motivation and determination to make its projects develop faster and more strongly.

The second is the right development strategy and high determination of the Board of Directors and all employees of the Company. 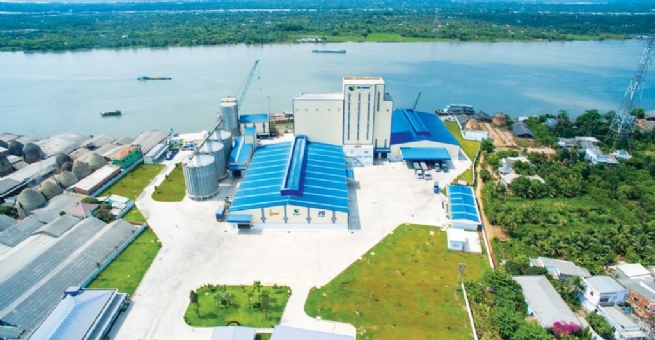 Third, the investment environment and investment attraction policies in Vietnam in general and Vinh Long province in particular are very harmonious and appropriate. This has actually created an important buoyancy for the company’s development in the past time. In the coming time, we hope to continue to receive more support on policy preferences as well as programs/policies that support farmers to enhance information technology application to production and husbandry to contribute to improving the economic value and brand of local agricultural and aquatic products.

Looking back on De Heus's operations in the past, what are your biggest concerns for the company in the coming time?

For De Heus in general and for me in particular, the biggest concern is how to have a sustainable livestock husbandry, have farmers make more profit and have a better life, sell products quickly, protect the farming environment, and guarantee safety and hygiene of products for consumers. One more concern, if Vietnam as a whole and Vinh Long province do not have a sustainable development strategy and reduce livestock cost, they will find it very hard to compete with similar imported products from countries with advanced animal husbandry. Then, we will gradually lose our domestic market.

In the coming years, one of the biggest concerns of De Heus Co., Ltd is building a successful sustainable livestock production chain and making sure that all chain members are sustainably efficient and profitable.

In line with business development, how has De Heus Co., Ltd cared for social security and employee livelihoods?

De Heus's aim is to build a friendly and safe working environment and gradually improve the income and livelihood for employees. By 2025, the income of its employees will be the highest in the industry.

In addition to internal affairs, we always want to contribute more to local socioeconomic development well as local social security with our eye care capacity development project. The project is coordinated by the Netherlands Eye Care Foundation, in cooperation with medical partners in Vinh Long province such as Vinh Long Eye Hospital and district/commune-level clinics and funded by De Heus. The eye care project was started in Vinh Long in 2016 and will run for 10 years, or until 2026. Up to now, this project has passed its fifth year.

Would you be kind enough to tell more about the company’s development orientation to 2025?

Our business philosophy is constantly evolving. So, in the coming years we have a lot of projects to create a sustainable livestock ecosystem and provide the best services for farmers. We are planning to invest a lot in research, seed production, slaughtering and processing.

From now to 2025, we will aim to maintain an annual growth of at least 10%, become a leading animal feed producer in Vietnam (by 2020, De Heus is ranked 2nd on the list of the largest animal feed companies in Vietnam); have the best working environment among animal husbandry companies in Vietnam; have the strongest attraction to workers, and have the best contribution to economic development and social security in the provinces in which we invest.

How do you describe the business and investment environment of Vinh Long in recent years?

I feel that the investment environment in Vinh Long is very positive and very professional, the provincial government is very attentive, ready to listen and side with businesses to deal with difficulties. This is the reason why we decided to invest in two more factories (after the first was acquired in 2008) and the first R&D Center in Vinh Long province, a milestone that marks Vinh Long as the biggest recipient of De Heus projects in the world with a total of four projects (three factories and one R&D center). Moreover, Vinh Long province is also making good progress with investment plans in infrastructure upgrade, human resources development and administrative procedure reform.

In the future, if construction progress of Trung Luong - My Thuan and My Thuan - Can Tho highways is accelerated, it will provide even more favorable conditions for economic development, acting as a launch pad for Vinh Long to become a leading light in investment attraction in the country.