Lying near the heart of Dong Xoai City of Binh Phuoc Province, 89 km from Ho Chi Minh City, next to the arterial traffic routes such as National Highway 14 and Provincial Road 741, and being the northwest gateway of the southern key economic region and having an easy access to traffic routes linked to the Southern Central Highlands region where raw materials are abundant, Bac Dong Phu and Nam Dong Phu industrial parks have quickly become attractive destinations for domestic and foreign investors. 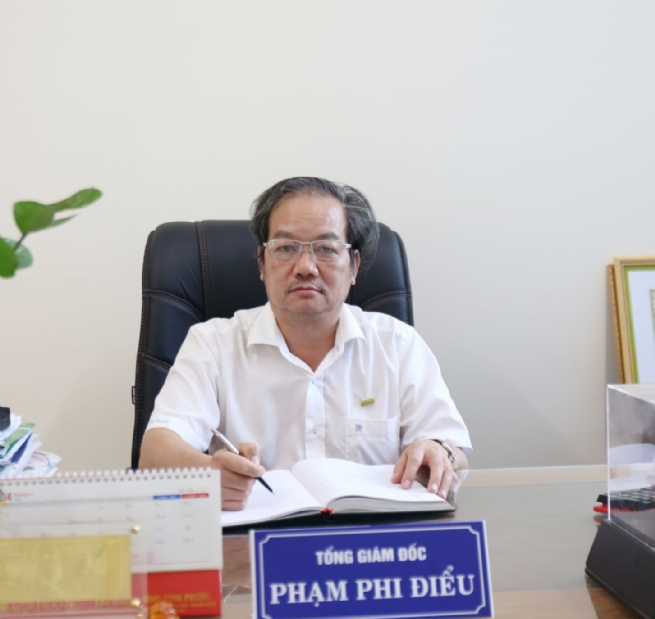 With the motto "Investment for sustainable development" BDP always strives to create the greatest benefits for investors. Technical infrastructure of industrial zones is invested synchronously, especially the centralized wastewater treatment system. In addition to the province’s current incentive policies, the company offers many attractive incentives for land rentals and support services for investors to meet their long-term business demands as well as serve workers’ livelihoods.

Bac Dong Phu and Nam Dong Phu industrial parks have attracted many domestic and foreign investors from Taiwan, India, Hong Kong, South Korea, Japan and other countries, generated jobs for thousands of workers, and played an important role in local socioeconomic development. To date, the former has housed 50 investors who leased 107 ha of land (79%) and the latter has attracted 35 investors which hired 51.8 ha of land (99.2%).

As both industrial parks have been almost fully occupied amid high leasing demands from tenants, BDP already prepared applications for expansion of the two industrial parks, which go in line with the industrial development strategy of Binh Phuoc province, help raise the budget revenue and generate jobs for local people. As a result, this move has been well received by local authorities.

On January 14, 2021, the Prime Minister approved the expansion plan of the two industrial parks in Binh Phuoc province: Bac Dong Phu (317 ha) and Nam Dong Phu (480 ha). Currently, BDP is concentrating on completing planning documents and submitting them to relevant authorities for approval to bring the expanded industrial zones into operation soon.

Given its favorable geographical location, fertile soil, strong agriculture, forestry and industry, Binh Phuoc province has focused on improving the business investment environment to draw investment flows. For BDP, authorities at all levels are actively supporting it in this purpose and helping it deal with emerging difficulties.

In the past years, BDP has built a very good relationship with investors and investment promotion has been very effective. The company has seriously fulfilled its commitments, willingly accompanied, shared with and supported investors right from the time they have investment ideas to the time they run their projects. This approach has made Bac Dong Phu an investment destination for sustainable development. Mr. Pham Phi Dieu, Chief Executive Officer of BDP, said, “In order to improve competitiveness and affirm brand reputation, the BDP leadership has focused on human resources development. Customer care staff are fostered, trained professionally, and work wholeheartedly for the company.”

In addition, the transport infrastructure in Binh Phuoc province has not been invested well enough for current economic development. The province needs to invest in more highways leading to other regions and interconnecting localities in the province, said Dieu.