Binh Phuoc province-based industrial parks and Hoa Lu International Border Gate Economic Zone are gaining more attention and becoming a favorite destination of many domestic and foreign investors. As an administer and provider of public services and supporting services, the Binh Phuoc Economic Zone Authority always welcomes and accompanies investors from the time they study investment and business opportunities to the time they operate their projects and business affairs. Mr. Nguyen Minh Chien, Director of the Binh Phuoc Economic Zone Authority, gives an interview to Vietnam Business Forum on this issue.

Binh Phuoc province has 13 industrial zones with a total area of 4,686 ha approved for establishment by the Prime Minister (Document 2162/TTg-KTN dated November 26, 2015 on adjustment to Binh Phuoc industrial park development planning to 2020). Currently, 11 industrial zones have infrastructure constructed and have attracted investors. By April 2021, they housed 334 tenants, including 232 FDI projects and 102 DDI projects with a total registered capital of US$2.485 billion and VND11,175 billion (US$500 million), which hired 1,132.4 ha of land.

As many as 171 projects have gone into operation in industrial parks and employed more than 65,700 workers, including 1,430 foreigners.

Strong global economic integration, golden population structure and particularly successful control of the COVID-19 epidemic have made Vietnam an ideal destination for investors around the world to consider and choose. Binh Phuoc, with its favorable geo-economic location and untapped potential, has a great opportunity to promote and expand investment flows in the coming years.

In order to prepare a clean land fund to welcome the investment wave, the Economic Zones Authority actively advised the Provincial People's Committee on expansion of industrial parks and was approved by the Prime Minister for expanding 1,374.63 ha, including Minh Hung III (577.63 ha), Bac Dong Phu (317 ha) and Nam Dong Phu (480 ha). 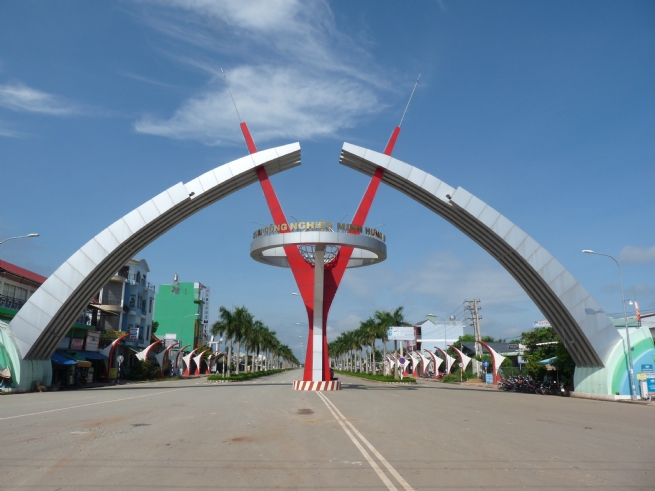 In the past, in addition to drawing external investment funds, the authority has persuaded existing investors to recommend the province to new ones and carry out online investment promotion events. Could you tell us more about this approach?

While strengthening domestic and foreign investment promotion, the authority attaches great importance to persuading existing investors to recommend other investors to bring their projects to the province. With this approach, the agency hopes to attract large investors with advanced environment-friendly technologies and entice their vendors to industrial and economic zones.

In order to increase investment attraction in the coming time, the agency is focusing on implementing some solutions as follows:

Advising the Provincial People's Committee to arrange capital for building external infrastructure; actively calling for construction of cultural institutions for workers such as social housing for workers, kindergartens and cultural locations for workers.

Given its potential and advantages, Binh Phuoc province is confidently becoming a chosen destination for investors far and wide who can be completely assured in doing business in the province for joint benefits.