Carrying out breakthrough stages of infrastructure construction according to the Resolution of the 11th Provincial Party Congress (2020-2025 term), the transport sector is advising and implementing many solutions to mobilize and use resources for transport infrastructure development, creating a driving force for socioeconomic development. The following content is excerpted from an interview granted to Vietnam Business Forum by Mr. Nguyen Tan Hung, Director of the Binh Phuoc Transport Department.

How has infrastructure development in Binh Phuoc met requirements of local people and businesses?

Over the past years, the transport sector has advised on investment of many important roads. The sector has been invested in synchronous, effective infrastructure development, particularly large modern traffic projects like National Highway 13, National Highway 14, Provincial Road 741, Provincial Road 759, and Minh Hung - Dong No Road that not only connect all districts in the province but also provinces in the Southeast and the Central Highlands, helping attract and calling for investment funds into industrial zones, and boosting local socioeconomic development. 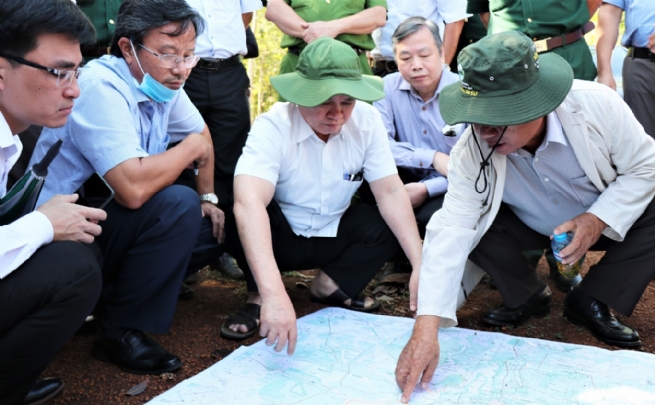 To make new breakthroughs in infrastructure development as per the Resolution of the 11th Provincial Party Congress (2020-2025 tenure), what plans and solutions will the transport sector seek?

Apart from State-funded and ODA-financed projects kicked off in late 2020 and early 2021, the transport sector has actively accelerated the construction progress of BOT (build - operate - transfer) investment projects.

To quickly bring investment projects into operation, the sector has carried out some important solutions like allocating enough capital for investors to speed up construction progress; and coordinating with local authorities to inform and persuade people to give up their land, buildings and crops to generate land fund for investment projects. 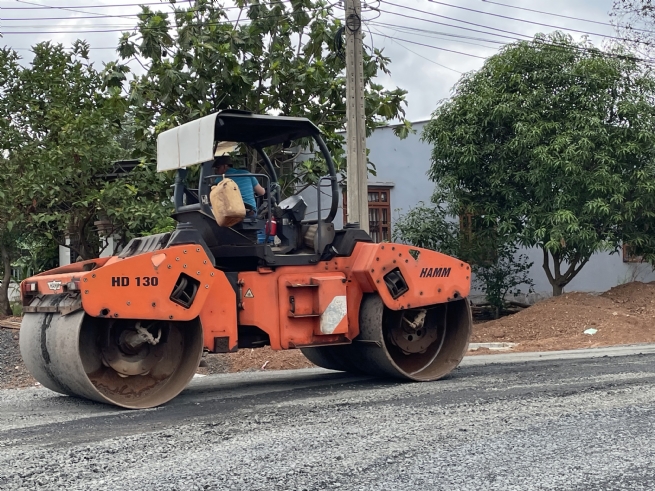 The department also worked with district-level governments to review the need for regional and local roads to add them to the traffic network planning. At the same time, it prioritized planned investment fund arrangement; implemented consistent solutions to accelerate construction progress; and improved construction quality.

During his working meeting with the province on January 14, 2021, the Prime Minister suggested, “The breakthrough of Binh Phuoc lies in linking development, linking the region and linking infrastructure.” In response to the Government’s direction, concretize policies and resolutions of the Provincial Party Committee and the Provincial People's Council, the transport sector is advising the Provincial People's Committee to propose the Ministry of Transport plan and implement many transport infrastructure investment projects to connect Binh Phuoc with other provinces in the region, in the country and in the ASEAN region. Could you tell us more about this?

The Binh Phuoc transport sector has worked with transport authorities in neighboring provinces and cities such as Dak Nong, Binh Duong, Ho Chi Minh City and Dong Nai to consult the Provincial People's Committee to propose the Government, the Ministry of Transport and central authorities add key projects to the planning and implemented a number of key gigantic regionally impactful projects to the development planning.

- Asking the Ministry of Transport and the Vietnam Administration of Roads for permission to upgrade the Provincial Road 753 linking Long Thanh International Border Gate and Cai Mep - Thi Vai Port (Ba Ria - Vung Tau) into National Highway 13C in the end-term report on the road network planning in 2021 - 2030 and to 2050.

- Asking the Ministry of Transport and the Vietnam Railway Administration for permission to add the railway from Cai Mep - Thi Vai Port (Trang Bom - Di An and Trang Bom - Thi Vai) to the trans-Asia railway planning (Di An - Loc Ninh - Cambodia) in the final report on the railway network planning in 2021 - 2030, with a vision to 2050.

- Proposing the Ministry of Transport and the Ministry of Defense support the province to add the planning of Technic Airport (Hon Quan district) into the master plan for national airport system development in 2021 - 2030, with a vision to 2050.