After more than 57 years of construction and development, Ha Tien 1 Cement Joint Stock Company (VICEM Ha Tien) is the largest cement producer in the south of Vietnam and importantly contributes to the growth of Vietnam Cement Corporation. Vietnam Business Forum’s reporter has an interview with Mr. Luu Dinh Cuong, General Director of VICEM Ha Tien, about the company’s achievements and development goals in the coming time.

Could you please briefly introduce development highlights of VICEM Ha Tien in general and Binh Phuoc Cement Plant in particular?

Ha Tien 1 Cement Joint Stock Company (VICEM Ha Tien) was established on March 21, 1964 in the Kien Luong limestone mountains of Ha Tien, marking the birth of the first cement plant in the south and the second in Vietnam (after Hai Phong Cement). From a clinker producer with an annual capacity of 240,000 tons located in Kien Luong and a cement grinding mill with a yearly capacity of 300,000 tons in Thu Duc (Ho Chi Minh City) when it was inaugurated to supply cement for the Southeast and the Mekong Delta, VICEM Ha Tien now has two plants and three grinding stations powered by advanced technology and modern equipment from G7 countries, with products distributed in the Southeast, Southwest, South Central and Central Highlands regions, with a total capacity of more than 4.6 million tons of clinker and 7.5 million tons of cement a year.

Presently, VICEM Ha Tien is the largest cement producer in the south, accounting for over 30% of the market share and playing an important role in Vietnam’s cement growth. During the process of building and growing up, the Company was honored to receive the Third Class Labor Medal; many emulation flags and certificates of merit from the Government and the Ministry to recognize achievements and great contributions to the cause of national construction and development. 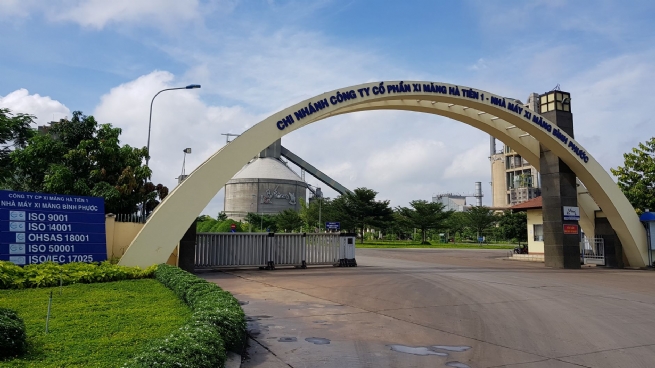 As part of the business expansion strategy, on November 26, 2010, VICEM Ha Tien inaugurated and put into operation Binh Phuoc Cement Plant (located in Binh Long Town) with an annual output of 1.76 million tons of clinker and 2 million tons of cement. This is one of the largest cement factories in the Southeast, furnished by technology imported from Polysius (Germany) that meets European environmental requirements. The facility employs more than 500 workers, paying over VND100 billion to the local budget each year. Beside business affairs, the company is always keen on social security and charity.

What is the company's biggest concern in the coming years?

To achieve sustainable development, the cement industry must reduce non-renewable fossils, materials and resources to a minimum in production and search for alternatives. Therefore, we are focusing on investment solutions and technological upgrades to increase production capacity, reduce resource consumption and protect the environment. Since then, we are gradually changing the outlook on cement production where it is no longer an environment-polluting industry but the one that is solving waste in many other industries and making the environment greener, cleaner.

So, what strategies has VICEM Ha Tien taken to ensure the balance between production and environmental protection?

First of all, I would like to emphasize that VICEM Ha Tien pays close attention to the active supply of raw materials, fuels and resources in cement production (coal, limestone, clay and other additives such as gypsum). Being active in input supply for production will help increase competitive advantages, gain market advantage and build the foundation for sustainable development. 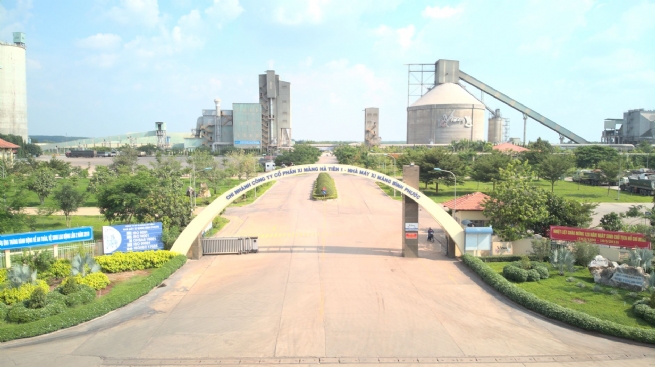 Many years ago, we posed a question: "Coal and limestone sources are increasingly exhausted, scarce and becoming more expensive. So, what will be future alternatives?"

To solve this, VICEM Ha Tien has optimized limestone and clay extraction; used up limestone materials with CaO content below 36% and high MgO content for clinker and cement production to save resources and reduce production costs. We are also planning to use sludge from water plants and sludge dredged from canals as raw materials for clinker production, while we are researching and experimenting with anhydrous gypsum and artificial gypsum to replace natural gypsum.

In Vietnam today, waste from the metallurgical and thermal power industries (e.g. ash and slag from blast furnaces) is plentiful and cheap. To shift to green, environmentally friendly production and minimize the use of fossil fuels, VICEM Ha Tien is using this resource for clinker and cement production and helping solve backlogged waste discharged from thermal power plants and steel mills.

For fuel, despite not completely replacing coal, VICEM Ha Tien has made a significant change when it invested in scientific and technological application and used alternative fuels in cement and clinker production. Since 2013, Phu Huu Grinding Station (Ho Chi Minh City) has used rice coal to dry raw materials instead of HFO oil. Binh Phuoc Cement Factory has also used cashew shells to partly replace coal fuel in clinker burning since 2015.

Under the direction of Vietnam National Cement Corporation (VICEM), we studied kilned industrial waste incineration (rag, shoe sole and plastic), helping to reduce fuel cost and CO2 emissions into the environment. As a result, although the price of coal, electricity, labor and other factors looked up, resulting in a rise in production cost, VICEM Ha Tien still keeps product cost unchanged or even lower. 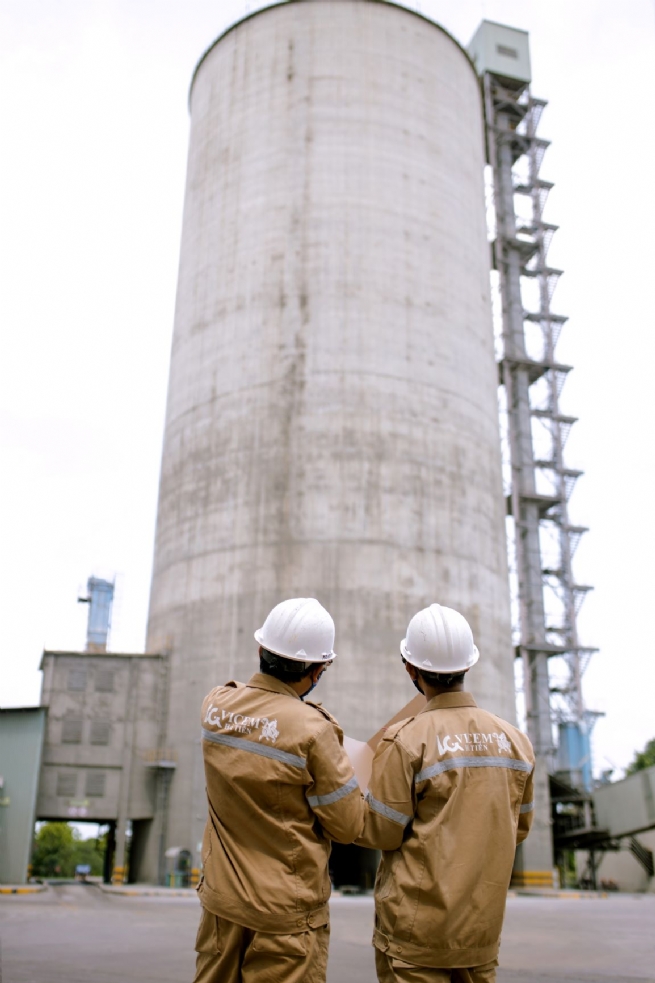 We are currently conducting research on hazardous waste incineration and building rooftop solar photovoltaic systems. In addition to helping reduce electricity cost and control power supply sources, this is a permanent renewable energy source that is friendly to the environment, noise-free and dust-free.

What are the current difficulties of the cement market? What are core factors for Vicem Ha Tien to sustain its development?

The increasingly complicated development of the COVID-19 epidemic has disrupted market recovery. Besides, countries closed trade, leading to a decline in cement export output and placing growing pressure on the domestic market where competition is currently fierce.

Due to epidemic impacts and natural disasters, people's livelihoods have been affected, the demand for civil construction shrank sharply. Moreover, input costs such as coal, package and petroleum all picked up in price, distressing cement producers.

In that context, VICEM Ha Tien has adopted consistent solutions to support distributors to overcome difficulties. Above all, we always improve product quality to build up consumer confidence; research and launch new products that are increasingly applicable, suitable for specific environmental, geological and regional conditions.

Throughout over 57 years of working together, enjoying sustainable development with customers and society, we always uphold the spirit of “humanity - honesty - intelligence - prestige” as the gauge for all activities. With that principle, VICEM Ha Tien with the Ky Lan Xanh trademark has built solid trust among consumers and asserted its position as one of leading cement brands in Vietnam.