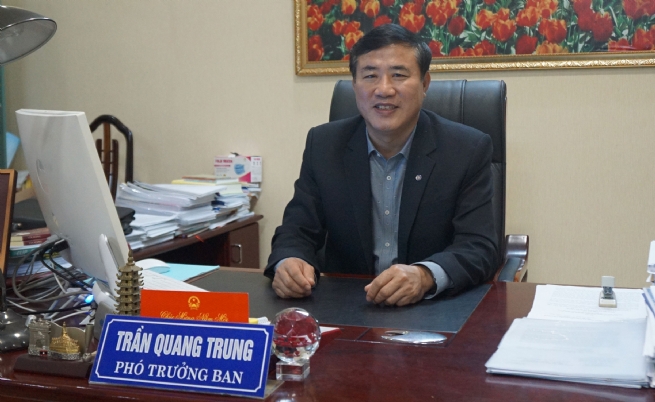 Could you please depict the current picture of Quang Tri economic zones and industrial zones?

Would you be kind enough to tell us about investment performance in economic and industrial zones and business performance of tenants in recent years?

Regarding business results, tenants’ investment projects in economic and industrial zones are increasingly effective and contribute more to local socioeconomic development. Every year, their revenue, industrial production value and tax payment rise by over 10% compared to the previous year.

In 2020 and 2021, the COVID-19 epidemic affected business performances of many tenants. It is difficult for them to import inputs and components and export and sell outputs. They had to scale down production or even end production. Their output, revenue and tax payment all decreased deeply as a result.

In 2021, their business performance showed signs of recovery after the Government issued Resolution 128 on a safe and flexible response to the COVID-19 epidemic. Their total revenue and tax were estimated at VND5,200 billion and VND490 billion. in the year. Tenants in economic and industrial zones employed 7,400 workers, paid VND6 million a month on average.

In addition to boosting external investment promotion, the authority has actively carried out many solutions to attract new investors from existing ones. Would you mind telling us more about this?

Investment promotion is one of key tasks for the Quang Tri Economic Zones Authority. In addition to conducting traditional investment promotion tasks like organizing conferences and seminars and providing information and documents for investors, the authority carries out localized investment promotion by guiding and supporting investors to deal with emerging difficulties and obstacles to complete relevant legal procedures for project implementation; supporting and assisting investors to settle procedures for investment, production and distribution of goods, recruiting workers, especially hiring foreign experts and workers; guiding them to develop COVID-19 response plans, and developing appropriate production plans to realize dual goals, expanding vaccination policies for all workers in economic and industrial zones to ensure safety for businesses and their employees in the context of the COVID-19 epidemic.

Due to the complicated development of the COVID-19 epidemic and mobility restrictions in the world and in the country, the authority has developed an online promotion plan, fully equipped with essential facilities for online meeting and working with foreign and domestic investors to introduce local potential, advantages, preferential policies in economic and industrial zones; advised the Provincial People's Committee and relevant agencies to tackle difficulties and obstacles in investment procedures, planning, convert land-use purposes and forest use. Online investment promotion is launched regularly and continuously for authorities, investors and enterprises.

With its resolution to reform and provide reasonable support policies for investors and businesses, economic and industrial zones in Quang Tri province will hopefully continue to be a destination for investors in the coming time. In the near future, boosted by a new wave of investment flows, economic and industrial zones will make more positive, impressive and effective contributions to serve as a driving force and leverage for development of Quang Tri province, which will soon become an averagely developed province in the country as targeted by the 17th Provincial Party Congress.