Creating Most Favorable Conditions for People and Businesses

With the drastic methods in ground clearance; publicity and transparency of the planning; openness in receiving, guiding procedures; quickness in licensing appraisals; prompt removal of problems that occur during and after construction, the Department of Construction of Thai Nguyen province has received high appreciation from people, businesses and investors in Thai Nguyen province.

Mr. Hoang Duc Khanh, Director of Thai Nguyen Department of Construction said: “Over the past time, Thai Nguyen Department of Construction has promoted administrative reform, especially administrative procedure reform, using information technology to connect inside and outside the unit with all levels and sectors through the one-stop department at the Provincial Public Administration Service Center, especially connecting with the Provincial Intelligent Operation Center (IOC), implementing administrative procedures to reach level 4 according to the plan".

In addition, right after the revised Construction Law in 2020 had taken effect, the Department promptly advised the Provincial People's Committee to issue detailed regulations on a number of contents on the granting of construction permits in Thai Nguyen province. This regulation has created favorable conditions for organizations and individuals in the sector.

At the same time, through appraisal (especially for projects using state capital, large-scale and complex works that greatly affect the safety of the community), the construction authority has discovered errors and inadequacies that can lead to many potential risks during project implementation. Thereby, investors have promptly repaired and remedied, limited losses and waste, and improved the efficiency of using investment capital. 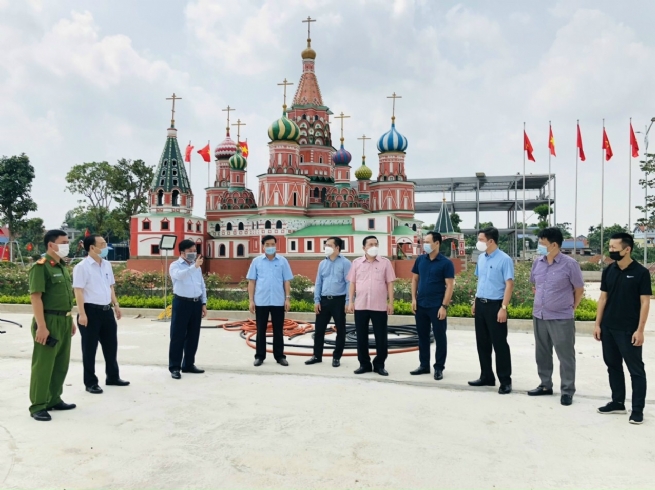 According to the master plan of Thai Nguyen province for the period of 2021 - 2030, with a vision to 2050 approved by the Prime Minister in Decision 664/QD-TTg dated May 20, 2020, Thai Nguyen province strives to become an industrial province which will develop in a modern direction, become a socio-economic center, a growth pole having a spillover effect on the entire Northern midland and mountainous region, creating a green economy with highly competitive major products.

Accordingly, the Department has advised and clearly defined the role and location of Thai Nguyen province when planning that is always ensuring harmonic connection between the cultural identity, economy, society, security, welfare and safety of Thai Nguyen province with the planning of the Northeast region, especially in the key economic region in the North of Hanoi capital. At the Party Congress of Thai Nguyen province for the 2020-2025 term, the objectives were clearly defined as: “Strengthening the construction and rectification of the Party and political system in a clean, strong, streamlined, effective and efficient manner; ensuring national defense and security; effectively mobilizing and using resources, comprehensively improving the lives of all ethnic groups in the province; building Thai Nguyen into one of the modern industrial economic centers of the Northern midland and mountainous region and the Hanoi Capital region by 2030.”