Endowed with distinctive and competitive advantages as compared to other Mekong Delta localities, despite facing numerous difficulties and challenges due to COVID-19 epidemic impacts and drought since the start of the year, tenants in Tien Giang province-based industrial zones still performed business well.

Attracting investors with their own advantages 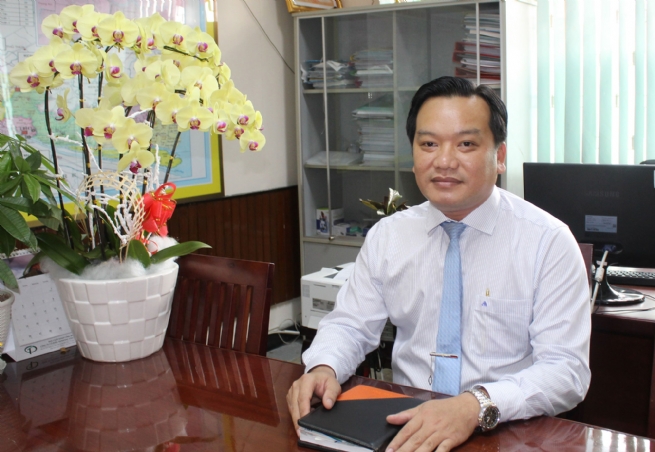 As regards value chains that link regional, interregional and national development, Tien Giang is in the largest food producing area in the country thanks to favorable natural and ecological conditions. The province has a large area of indigenous fruit trees in addition to freshwater, saltwater and brackish water areas for aquaculture and aquatic processing and tourism development. In addition, Tien Giang has abundant human resources with over 1.13 million people of working age. The province has six universities, colleges and secondary schools that train various professions such as accounting, industrial electricity, electrical refrigeration and food processing. These are also outstanding criteria for Tien Giang to increase investment attraction opportunities.

In addition to My Tho Port, capable of receiving seagoing ships of 3,000 tons, the modern and synchronous infrastructure system has been invested for tenants. At present, Tien Giang province was approved by the Prime Minister to build seven industrial parks with a total land area of 2,083.47 ha, including four in operation, covering a combined area of 1,101.47 ha, accounting for 52.94% of the planned land. The province also has 27 planned industrial complexes, including four in operation.

In addition to calling investors into Tan Huong, My Tho, Tan My Chanh, An Thanh, Trung An and Song Thuan industrial zones, the province created rentable industrial land for tenants in Long Giang and Gia Thuan 1 industrial parks and prepared to invest in developing additional infrastructure in Soai Rap, Binh Dong, Gia Thuan 2 and Thanh Tan industrial zones to get ready for the next FDI wave redirected from other countries. At the same time, the province adopted many measures to encourage investment in industrial zones and actively reformed administrative procedures to create an open legal corridor for investing activity.

The Tien Giang Industrial Zones Authority regularly and closely coordinates with relevant agencies to actively deal with emerging difficulties to help tenants boost business operations. Thus, existing tenants can expand their manufacturing factories and new ones can go into stable operation. The industrial output value made by tenants in industrial zones makes up 61.92% of the province's industrial output value. 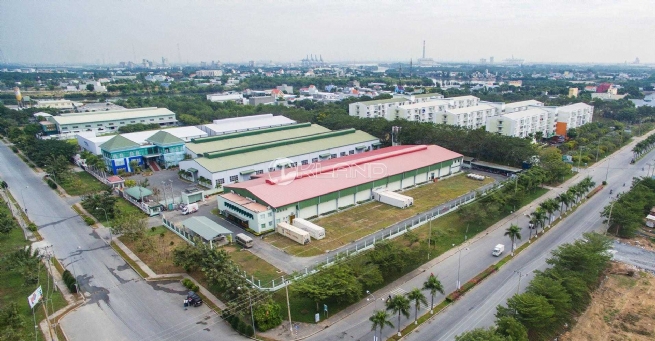 Given its competitive advantages with other localities in the southern key economic region and the Mekong Delta, despite numerous difficulties caused by the COVID-19 epidemic and catastrophic natural disasters, tenants in Tien Giang province-based industrial zones still performed well. In the first 10 months of 2020, the authority granted Investment registration certificates to eight projects VND3,197.46 billion of investment capital and allowed 24 existing projects to revise their investment value, up 26.31% from the same period of 2019, of which nine projects increased their investment base by US$32.5 million (VND766.62 billion). Industrial zones attracted 108 investment projects (including 77 FDI projects) with an aggregate investment value of VND53,883.46 billion (US$2.3 billion) as of October 2020. Existing projects rented 561.48 ha out of 758.34 ha of rentable area, or 74.04%. In the first 10 months of 2020, the industrial output value made by tenants in industrial zones reached VND42,614.69 billion (US$1.8 billion), accounting for 65.8% of the province’s industrial value. FDI firms’ revenue amounted at US$1.88 billion and domestic investment enterprises’ revenue was VND11,292.60 billion (US$500 million). Their export value totaled US$1.74 billion.

While FDI flows are moving out of China, the official effect of the EU - Vietnam Free Trade Agreement (EVFTA) has opened up a lot of opportunities for EU investment flows into Vietnam and offered numerous market opportunities for Vietnamese businesses to export their products to the EU market.

The Tien Giang Industrial Zones Authority will also coordinate with the Department of Labor, Invalids and Social Affairs and local schools to train qualified human resources to meet investors’ demand or work with schools to support investors to train human resources for each project according to the package design method. It will continue to simplify administrative procedures and effectively apply the interagency single-window mechanism; promptly propose amendments to inappropriate procedures and settle administrative complaints; consolidate and improve the quality of infrastructure and support services, as well as operational performance of industrial zones; and quickly carry out mechanisms and policies to support central and provincial businesses and help them to maintain and develop production.