Unlocking Potential for Sustainable Development of Industry and Trade

The industry and trade sector of Dak Lak province wrapped up the 2016 - 2020 term with comprehensive achievements in most fields, reaffirmed its pivotal role in economic development and ensured local social security. In addition to accounting for over 60% of the budget revenue, the sector also created jobs for thousands of workers and increased the industry and service in the local economy. 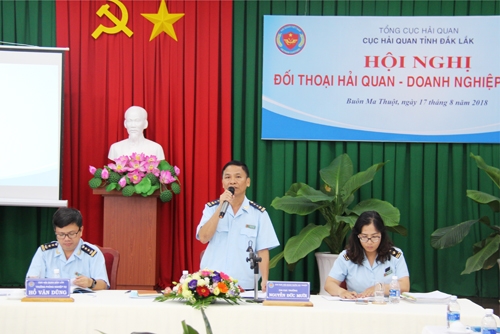 During the 2016-2020 period, the sector faced many difficulties in production and consumption due to volatile prices of agricultural products and price hikes of input materials. However, guided by the Provincial Party Committee, the Provincial People’s Council and the Provincial People’s Committee, industrial production picked up, driven by some energy projects. Local industrial output expanded, estimated at VND77,508 billion in the 2016-2020 period, fulfilling 101.98% of the plan. Dak Lak province currently has 14 industrial zones covering over 692.15 ha of land, of which eight operational zones attracted 146 investment projects with a combined registered capital of VND5,828 billion. Tenants in industrial zones are operating stably and effectively and generating stable jobs and incomes for local workers.

To meet increasing consumption, trade and service have developed rapidly, initially formed modern business models and expanded both in size and quality to play an important role in the economy. Total retail revenue of consumer goods and services in 2016-2020 was estimated at VND350,674 billion, up 2.84% compared to the plan. Industrial and commercial infrastructure has been invested and built according to planning and in line with the overall socioeconomic development orientation. The local commodity market is quite stable and capable of meeting consumers’ needs for quality, design and variety. No unexpected price hikes have been found. Supermarkets like Metro, Coop Mart, Nguyen Kim and Vinatex are in stable operation, bringing Vietnamese goods to the countryside and stimulating demand. The open business environment has created favorable conditions for all economic sectors to join commercial business.

In the 2016-2020 period, Dak Lak province’s exports confronted numerous difficulties due to impacts of US-China trade tensions and the COVID-19 pandemic. However, with timely direction from the Provincial Party Committee and the Provincial People's Committee, the performance quickly improved. Particularly, the government-backed USD loan support policy for exporters helped companies to deal with hardships, restore and develop production and export. Apart from maintaining traditional markets, businesses also have access to new markets. The export value of agricultural and forest products was very encouraging. Exports are increasingly diversified, from traditional products (coffee bean, rubber, pepper and honey) to processed, value-added items (manioc starch, instant coffee and cashew nut), which are very popular among foreign consumers. Achievements in the 2016 - 2020 term will create an important premise for the Dak Lak industry and trade sector to seize new opportunities and successfully implement the Resolution of the 17th Provincial Party Congress (2021 - 2025 term).