Coffee 15 Co., Ltd, set up 24 years ago, persistently joins hands with the Party, authorities and people in its business locations to grow business development and economic development together and support national defense and security. The company thus contributes to the cause of national construction and development, gives a helping hand to develop Dak Lak into a more cultured, prosperous and powerful province and to maintain the ‘green lung’ for the Central Highlands. 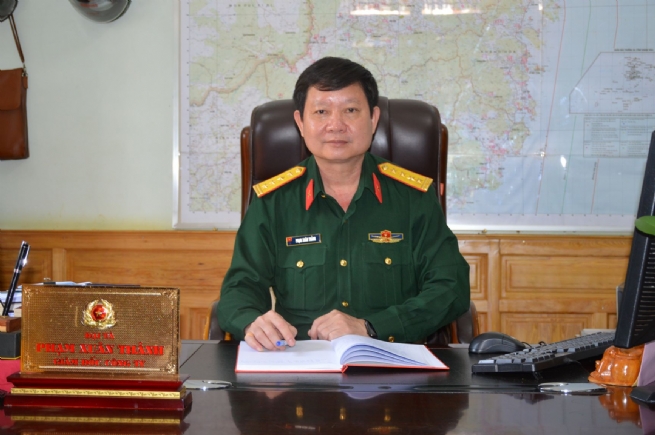 After many times of change, split and merger and business relocation, Coffee 15 Co., Ltd is currently operating in 19 communes and wards in eight districts of Gia Lai, Dak Lak and Dak Nong provinces and Da Nang City. During its early days when many farming households were poor and their production practices were backward, the company, together with the Party and local authorities, has made very positive contributions to give a facelift to the city’s appearance. In addition to tending nearly 1,000 ha of coffee, Coffee 15 grows more than 50 ha of rubber and pepper and expands into many potential fields such as quarrying for construction, traffic construction, accommodation service at Le Thanh Border Gate in Duc Co district, Gia Lai province, microbial organic fertilizer production (since 2009), bottled drinking water production, powdered coffee production, and gas production in cooperation with Elf Gaz Da Nang Co., Ltd (moved to Southern Laos Company in 2019). 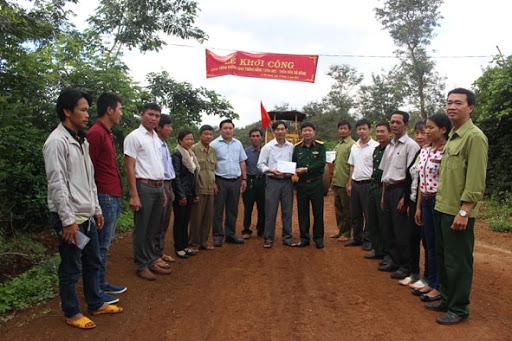 For generations, coffee has always been a main crop in the Central Highlands, but coffee farming has faced numerous difficulties and challenges in recent years due to climate change, epidemics and natural disasters, thus significantly undermining coffee production and coffee quality in the region. Recognizing these difficulties, Coffee 15 Company has always focused on improving production practices, applying scientific and technical advances in old coffee farms, and rejuvenating coffee farms by grafting. At the same time, the company has taken timely measures to address extreme weather caused by climate change; strictly implemented farming processes and techniques to make organic, safe and high-quality coffee. As a result, coffee yield and output have been constantly increased over the years, with an average productivity reaching 13.37 tons per ha in 2015-2020, 8.87% higher than the previous term, making Coffee 15 lead coffee productivity, output and quality in the Central Highlands. 100% of farms are cultivated according to Buon Ma Thuot coffee geographical indication, ensuring the right coffee production process with 90% or more of harvested coffee being ripe.

Improved coffee yield and quality helps the company to achieve or exceed production value, revenue, profit, and budget targets. In 2020, its production value reached VND94.99 billion, 0.48% higher than the full-year plan, 5.1% higher than in 2019; its revenue grossed VND98.37 billion, equal to 90.2% of the yearly plan, up 7.5% year on year; and its net profit was VND1.648 billion, 7% higher than the annual business plan, 0.66% higher on year. The life, employment and income of employees are always guaranteed. Many well performing worker households can earn extra money reaching VND100-105 million per hectare on contractual farming beside their monthly salary. According to the survey, all of more than 800 households with 1,086 workers (including 169 ethnic minorities) have good living standards and no households are poor.

In addition to coffee, other plant objects are tended according to technical standards. By grafting trees and restoring farms for further development, Coffee 15 also has measures to enhance rubber latex productivity, increase revenue and stabilize employment and income for workers. The company procures local inputs and uses raw materials to produce micro-organic fertilizers of registered quality to fertilize its soil and supply local farmers. Quarrying business performs well.

Besides its efforts to bolster business performance, in the past 20 years, Coffee 15 is actively engaged in tasks of military economic zone projects. The company manages and builds Quang Son Military Economic Zone and CuM'gar Military Economic Zone as approved by the Ministry of Defense. The company has arranged and stabilized the population; supported and invested in building essential infrastructure (roads, irrigation facilities, clean water systems, rural electricity, clinics and schools) in accordance with the social and economic development planning; realized the goal of hunger eradication and poverty reduction, applied new rural development standards; adopted agricultural and forestry demonstration and extension models; transferred science and technology; and created jobs for the people, thus in combination raising the material and spiritual life of people in project areas.

Aligning business with national defense and security in the locality and expanding business scopes, Coffee 15 has created jobs for thousands of workers, including hundreds of ethnic minorities; stabilized livelihoods for thousands of households with over 3,000 people; and established dozens of residential areas and production teams. The company built two kindergartens, one primary school, nearly 100 km of roads; and restored 183 ha of wet rice land with two harvests a year for local agricultural production. Coffee 15 also spent a handsome amount of money to construct power transmission lines, substations and water reservoirs to serve its business operations and local residents as well, helping give a facelift to villages of the Central Highlands. Last but not least, every year, the company extracts its welfare fund for targeted programs of hunger eradication and poverty reduction, care for Vietnamese heroic mothers, housing for people with recognized meritorious services to the revolution cause.

With tireless efforts and dedication, Coffee 15 Co., Ltd was awarded the Second-class Labor Order by the State in 2010 and the First-class one in 2015; many flags of effort and certificates of merit by the Ministry of Defense and the Command of the Military Region. The Party cell is always clean and strong. These are not only an invaluable spiritual recognition, but also a motivation for the company's employees to work harder for new successes and play a greater role in the development of a more prosperous Dak Lak province as well as a greener Central Highlands.