Achieving and exceeding 15 out of 17 goals, good economic growth, right economic restructuring, guaranteed social security and national defense, and improved material and spiritual life of the people are outstanding outcomes of Dak Lak province after five years of executing the Resolution of the 16th Provincial Party Congress. According to Mr. Pham Ngoc Nghi, Chairman of the Provincial People's Committee, these "sweet fruits" reaped in the past five years will be an important catalyst for the entire political system to steadily step into the new stage of 2021 - 2025 and work together to build a prosperous, beautiful, cultured and distinctive Dak Lak as the center of the Central Highlands. Nguyen Chau reports.

Could you please introduce the outstanding socioeconomic development achievements of Dak Lak province in the 2015-2020 term?

The economic structure changed strongly in two sectors: Service and agriculture. The service sector increasingly played a leading role and importantly contributed to overall local growth. Total social investment fund reached VND143,448 billion in five years, meeting 95.63% of the plan, rising 24.5% a year on average and expanding by 2.3 times over the previous period.

Total retail revenue of consumer goods and services in five years was VND351,524 billion (US$15 billion), including VND83,500 billion in 2020 alone, 1.75 times more than in 2015.  The province had 5,267 new companies with a total registered capital of over VND57,000 billion in five years, an average of VND10.8 billion per company. In addition, 874 companies headquartered in other provinces and cities registered to open branches in Dak Lak, sending active enterprises up to 10,374, an increase of 1.93 times in companies and 2.68 times in value per company, compared to 2015.

The National Target Program on New Rural Development produced positive results and attracted many resources. In five years, the program mobilized more than VND21,950 billion. By the end of 2020, 66 out of 152 communes fulfilled new rural development standards (or 43.2% of total communes), an increase of 54 communes over 2015, and one district-level unit completed the new rural development standard. Socioeconomic infrastructure continued to be invested. Key infrastructure projects were invested by the province, including East-West Road, Ea Tam Irrigation Lake and Ea Kao Lake; Provincial Road 9, Provincial Road 13 and Provincial Road 3, according to the province's medium-term public investment plan for 2016-2020; Provincial Road 1 (second phase). The local transport system was developed synchronously and smoothly from Buon Ma Thuot City to districts and communes in Dak Lak and neighboring provinces to meet passenger travel needs and freight transportation demands. 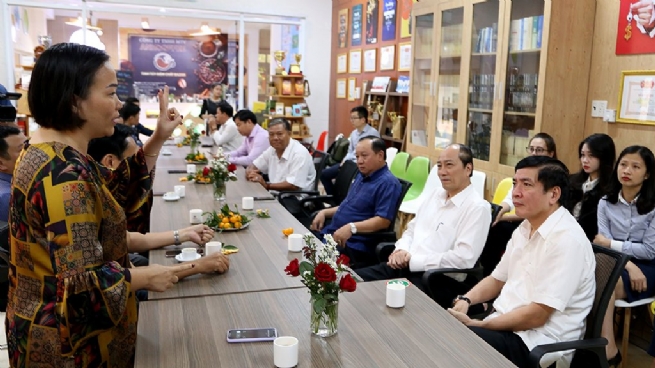 An increasingly open and attractive investment environment helped Dak Lak attract more and more investors to tap local resources for development. Private economic sectors gradually developed and created a lot of jobs for local workers. In five years, it drew more than 329 domestic investment projects, of which many were put into operation to support local socioeconomic development and increase state budget revenue.

Apart from economic development, the sociocultural field was also cared for. Poverty reduction policies and policies for people with meritorious services were implemented synchronously, timely and effectively. The poverty rate decreased markedly, an average decrease of 2.88% a year, from 19.37% in 2015 to 4.97% in 2020. National defense, social order and safety were maintained.

What were important factors to the success of Dak Lak in the last term? 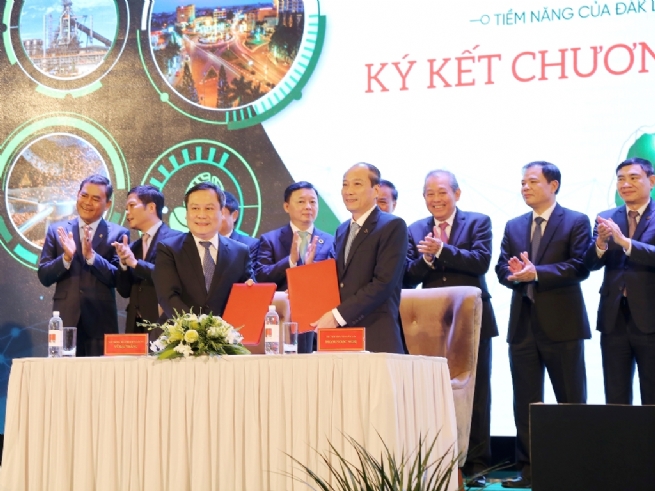 Party guidelines and State laws/policies were implemented synchronously by all levels and sectors, based on actual local situations (in 2016-2020, an average growth 8.5% a year, higher than that of some provinces in the region). All levels of Party committees, authorities, economic sectors and people made great efforts to overcome difficulties in socio-economic development, build a strong political system, maintain political stability, and ensure national defense and security. The development progress was driven by some important factors such as economic restructuring with a new growth model, improved growth quality, increased labor productivity and economic competition, and better business investment environment to draw more investment resources for local development; and synchronous and modern infrastructure systems, especially traffic infrastructure.

Lying in the heart of the Central Highlands, Dak Lak has much room for development to become an economic locomotive of the region and lead the green growth trend and sustainable growth quality. So, in the past time, how has this strategy been implemented by the province? 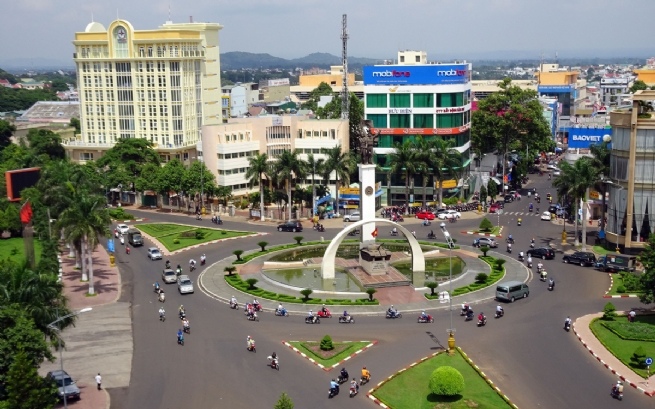 Based on the Planning Law, the province is currently making provincial planning for the 2021-2030 period, with a vision to 2050, which clearly defines green growth goals, integrating green growth with provincial planning in order to generate positive changes and development of key economic sectors and improve people’s livelihoods. Green growth investment projects will create an important driving force for Dak Lak development, based on comparative advantages in natural conditions, economic development initiatives and social and cultural resources.

In the context of the Fourth Industrial Revolution and deepening globalization trend, Dak Lak has many favorable conditions for development. From this advantage, what are strategic goals Dak Lak province will focus on in the new term, 2021-2025?