In 2020-2025, Thai Nguyen City aims to mobilize and effectively use investment resources for urban development to become a modern smart city with synchronous infrastructure. The city aims to create a driving force for socioeconomic development to lead the urbanization of Thai Nguyen province.

After nearly 60 years of construction and development, especially after being recognized as a first-grade provincial city in 2010, Thai Nguyen has made spectacular breakthroughs. Used to lean much on heavy industries, the city is now utilizing advantages and opportunities for multi-industry development to achieve its goal of rapid and sustainable economic development. In 2016-2020, its economic growth exceeded 15% and budget revenue expanded by 16.5% annually. The city led the province in investment attraction with many well performing projects.

On October 5, 2017, Thai Nguyen City was certified to meet the task of new countryside construction by the Prime Minister and awarded the Third-class Labor Order by the Vietnamese President for outstanding achievements in the new countryside construction movement in 2016 - 2020. In 2021, despite adverse epidemic impacts, the city still successfully completed its development targets. Manufacturing growth was estimated at over 10.1% (higher than the target of above 5%); local industrial production value was forecast at VND11,400 billion, 4.3% higher than the plan and 12.5% higher than 2020; and state budget revenue was projected at VND3,128.13 billion, 33.6% higher than the plan. These are important prerequisites and motivations for Thai Nguyen City to complete its goals in 2022 and beyond.

Towards a green, smart city

To achieve this goal, right from the beginning of the term, the Party Committee set out specific tasks and solutions to make breakthrough development steps. The focus will be placed on urban planning and development, effective management of land resources, and environmental protection. Besides, the city will accelerate trade and service-driven economic growth as the center. 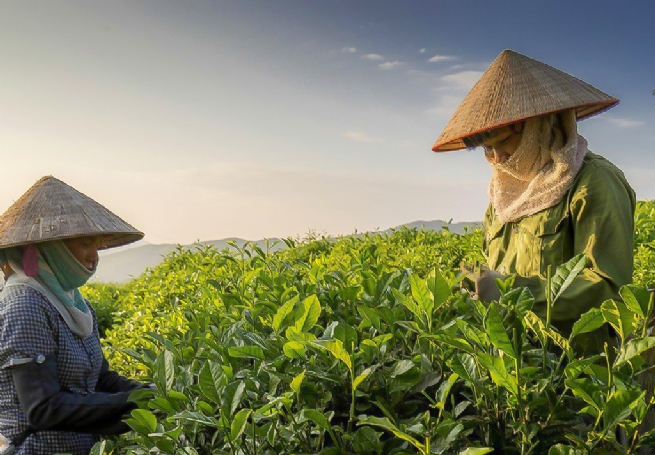 The city will concentrate on synchronous and modern urban development and attract investors to develop many commercial centers, hotels, restaurants and banks. Main roads such as Hoang Van Thu, Luong Ngoc Quyen, Phan Dinh Phung and Hung Vuong have been built and upgraded to facilitate traffic connectivity to foster economic development and give a facelift to the city. More and more urban areas, real estates and high-rise apartments such as Danko, Thai Hung, Ho Xuong Rong, TECCO Elite City and Thai Nguyen Tower were constructed and operated with modern, green, clean and beautiful criteria to shape a revolutionary living space for urban residents.

Thai Nguyen City will give priority to industrial development in line with the development plan of the northern key economic region and Greater Hanoi region; develop hi-tech agriculture coupled with processing industry, and build national and international brands for Tan Cuong tea, a key agricultural product.

At the same time, the city will strongly tap local potential and advantages to develop services and trade into a key economic driver. In the coming time, it will strengthen investment promotion; actively inform and introduce local potential and strengths of commercial and service development to investors; and quicken completion and operation of major service and tourism projects.

To build fast-growing, sustainable and modern Thai Nguyen City, the city will accelerate digital transformation in 2021-2025. It will focus on some basic contents: Building and upgrading information technology systems in governmental agencies; reforming and restructuring digitally supported governance; and building the Intelligent Operation Center.

The Intelligent Operation Center, which is considered the brain of a smart city, is being built and is expected to be in operation in 2022. Thai Nguyen City has installed a surveillance camera system; and directed QR Code system deployment, installation and testing at some main roads.

Mr. Nguyen Thanh Binh, Chairman of Thai Nguyen City People's Committee, said the city will become a civilized and modern city by 2030 by expanding spaces on both banks of Cau River. And, it will become a center of economy, digital transformation, culture, education, health, science, technology and tourism and a locomotive of development in the northern midland and mountainous region.

To accomplish the above goals, Thai Nguyen City will continue to call for investors to invest in priority areas and industries that create high added value in line with the city's development approach, publicize planning information, attract investors and facilitate investors to implement projects.